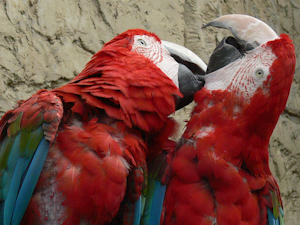 Back in the early days of my spiritual seeking, I used to think that there were three main approaches to enlightenment: karma yoga, bhakti yoga and j~nAna yoga and that any could be used successfully, according to the particular personality and capabilities of the seeker. (I later found out about rAja yoga but let’s not complicate things!) The fact that j~nAna and bhakti effectively and inevitably ‘go together’ to some degree has been written about elsewhere by people such as Dhanya and Peter. Swami Dayananda also often writes about the need to understand the place of Ishvara in one’s spiritual pursuits if they are to be fruitful. So I will not mention bhakti again. I am looking in this article specifically about where karma yoga fits in the scheme of things.

This is particularly relevant for me (or would have been had I found out about this 15 years ago!) because the organization with which I began my search concentrated very heavily on karma, even at the expense of j~nAna. The discussion arises in the context of the term samuchchaya. This word simply means ‘combination’ and the phrase j~nAna-karma samuchchaya is then self-explanatory.

It is hardly surprising that this should be a significant issue in Advaita, whose teaching derives directly from the Vedas, because the major part of the Vedas deals with action. There are enormous sections of these scriptural sources addressing the many rituals which should or must be carried out by the spiritual aspirant. Any Indian brought up in a traditional family will be intimately acquainted with these even today. I, of course, being a Westerner – even one who knows quite a lot about Advaita – know virtually nothing about them.

In Shankara’s time the idea that both action and knowledge were necessary in combination was a major issue, because Shankara was committed to the four ‘Ashrama’ stages of life. This meant that the final stage in the life of someone dedicated to liberation was to become a saMnyAsin. And key to this was the ‘giving up’ of action. So it was vital to his interpretation that he dispel the notion of samuchchaya.

Advaita belongs to the Indian philosophy known as uttara mImAMsA – those who give primacy to the latter part of the Vedas, which principally contain the Upanishads. (This group also contains the dvaitins and vishiShTadvaitins). The teaching which believes that the first, and major, part of the Vedas is most important is called pUrva mImAMsA, championed by the philosopher Jaimini. It is this philosophy that maintains that knowledge is subsidiary to action. Others (the bhedAbheda vAdins) thought that they were of equal importance. But Shankara is quite clear that only knowledge can remove ignorance and the value of action is only in the initial stages of mental preparation.

Shankara’s guidance was that the seeker should ideally acquire sAdhana chatuShTaya sampatti before embarking upon formal study under a qualified teacher. (This topic is covered in numerous places on the site, in both essays and Q&As.) And he conceded that many of the injunctions and rituals in the karmakANDa portion of the Vedas were useful in this respect. But, at the appropriate stage in one’s life, when the key mental qualities have been attained and one has fulfilled the duties of householder, husband, father etc, then actions serve no further useful purpose.

The fact of the matter is that action and knowledge are contradictory in so many ways; it could never make sense to ‘combine’ them.

Action necessarily causes one to identify with the body, even if this is subconscious. In the upadesha sAhasrI (US – verse section 3 – 7), Shankara says that this, in turn, brings about pleasure and pain as the results of the action. If the result is pleasurable, desire to repeat the action is born; if painful, aversion results. Thus, further actions are generated and the cycle goes on. karma or saMskAra accumulates and further rebirth is needed. This is saMsAra.  So action alone can never lead to mokSha. Desires and aversions cannot be removed until ignorance has been destroyed because it is ignorance of the fact that I am unlimited that causes me to search endlessly trying to find happiness in transient, material things.

As long as I think that I am a ‘doer’ and an enjoyer, there is still ignorance. Therefore, j~nAna is in a sense the opposite of karma because it entails the realization that I do nothing. The j~nAnI continues to perform his worldly duties and outwardly appears to act in the same way as before, but he knows that he is not the doer and therefore incurs no puNya or pApa. Anyone who regards karma as a means to the end of realization necessarily still thinks of himself as a doer and therefore prevents realization.

In verse 13 et seq. of US, Shankara points out that action goes with ego. A doer has a desire or aversion and chooses to act; i.e. action depends upon the doer. Knowledge is quite different; no choice is involved. If I hold up a pen in front of you and you open your eyes and focus, there is no choice but to see it and know that it is a pen; i.e. knowledge depends upon the object itself. Since knowledge brings with it the understanding that I am not a doer, how could knowledge and action go together? On the contrary, it is natural for the j~nAnI to renounce action.

The knowledge acquired through Advaita is that ‘You are That’, ‘I am brahman’ etc, namely that there is no duality anywhere. karma, on the other hand, entails duality in all its aspects: doer, action, acted upon, location, instrument by which it is carried out etc. Knowledge dispels ignorance; action propagates it. Accordingly, ‘combining’ action and knowledge makes no sense; the wise man who has made use of karma yoga, in the sense of sAdhana chatuShTaya sampatti to purify his mind, should then drop this and rely upon j~nAna alone.

Swami Paramarthananda, in his talks on upadesha sAhasrI, uses an excellent metaphor. He says that it is normal and advisable to clean one’s plate before putting food on it to eat. And the order of events has to be: clean plate, serve food, eat. Any other sequence would not work. The consequence of trying to clean the plate and put food on it at the same time can be imagined (perhaps the subject of a Charlie Chaplin movie!) Similarly, the path for the seeker has to be: karma to purify the mind, j~nAna (in the form of shravaNa, manana, nididhyAsana), mokSha.

If you want to read more from the upadesha sAhasrI, Meenakshi began a series at Advaita Academy.

And there are numerous books available – see the ‘Attributed to Shankara’ section of the Advaita Library. Of these, the particular ones I would recommend are:

2 thoughts on “What about karma yoga?”