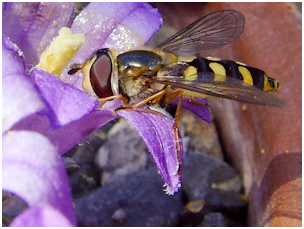 “The three qualities of nature, the guna, of which all of nature is constituted, are in constant motion and this is the only ‘action’. Yes, the body acts – it is constituted of the three guna – but we do not. Here is a useful practical example of this: It may be that you cycle from time to time. I enjoy cycling in the New Forest, where I live – free exercise in beautiful surroundings and fresh air. However, there are a few hills along the routes, and sometimes you have to go up these rather than down. Many people just get off and walk their cycle up. Others take it as some sort of challenge and insist on trying to cycle to the top without having to dismount. When the going becomes hard, they make an extra mental effort, along the lines of ‘I am damn well going to get to the top, even if it kills me’! This is the hard way!

“Whenever I find myself in this situation, I remember a quotation that my class at the SES organisation had to learn from the Bhagavad Gita. It goes like this:

And, by the time I’ve remembered it and spoken it in my mind, I’m at the top of the hill! No – that was a joke. Actually, I never remember the complete order of words in the second and third lines, anyway. Seriously, though, the complete translation of these two verses from the Gita (V 8-9) is as follows:

Believing that it is merely the senses surrounding the objects of sense, though seeing, hearing, touching, smelling, eating, going, sleeping, breathing, talking, mentally grabbing or letting go, even just opening or closing the eyes, the Sage, knowing the true nature of (the Self) should think ‘I do nothing at all’.

“Its effect, when fully appreciated, is quite remarkable. The person who, gritting his teeth with determination, sets out up the hill with the idea ‘I am going to do it’, is quite likely to fail. If, on the other hand, you genuinely believe that you are doing nothing at all and you simply watch the legs moving, heart pumping etc, you find that all the ‘doing’ disappears. The legs move as before but there is no attempted willing involved. You are almost a bystander and the results do not matter. You no longer care whether you make it to the top or not. The whole process becomes effortless and – this is the even more amazing aspect – you are far more likely to get to the top without dismounting! I have observed this for myself time and again.

“The Self is that which is behind everything but itself does nothing. The Kena Upanishad speaks of it at length. It begins: By whom commanded and directed does the mind go towards its objects? Commanded by whom does the life force, the first cause move? At whose will do men utter speech? Which power directs the eye and the ear? It is the ear of the ear, the mind of the mind, the speech of the speech, the life of the life, the eye of the eye. … There the eye does not go, nor speech, nor mind. We do not know That; we do not understand how it can be taught. It is distinct from the known and also It is beyond the unknown. (Ref. 9, Part 1 verses 1 – 3.)

“The Self is the reality behind all appearances, itself unknowable. It does nothing but all apparent activity takes place through its power and against its background. We are the Consciousness, which, by virtue of this body-mind instrument, is capable of seeing, hearing, speaking etc. The body-mind sees, hears, speaks and acts but ‘we’ do not. Everything takes place within this awareness; but the awareness itself, which is what we truly are, is beyond all movement, beyond space and time.”

It is interesting (or at least I find it so!) that I removed the bits relating to the guNa from the second edition of the book, so at least I was aware that those statements were not accurate according to Advaita. But the clarity was still not there. For example, it ought to be clear that it cannot be the body ‘doing’ the cycling – it is after all inert. I added the following quote from Swami Pramananda, a disciple of Swami Dayananda (taken from ‘Blueprints for Awakening’ by Premananda):

“If my sense of ‘I’ is placed in the consciousness, not in the body-mind, then nothing that the body-mind does belongs to me, the Self. That does not mean that the body-mind will not do anything; it will do what it needs to do. But the doing is not owned by the Self; the Self remains a non-doer. Things happen, things get done. I abide in the Self; there is no doing involved here.”

But this still does not really make it clear what is going on here. I suppose I never really thought about it too deeply, because the fundamental understanding of who we really are and the nature of reality does not really depend upon clarity about the nature of action. Consequently, the realization that this misconception propagated by SES was still lingering did not dawn until I encountered topic 14 (kartradhikaranam – the individual soul is an agent) in the Brahma Sutras (II.iii.33-39). This deals with the question of whether the jIvAtman is an agent or not.

The fact is that Sankhya philosophy believes that it is prakRRiti that acts and puruSha that enjoys. (It is also amusing to note that they equate prakRRiti with the female principle and puruSha the male principal – i.e. it is the woman who does all the work while the man sits back and appreciates it!) Thus, they believe that it is the inert buddhi which is the doer. Advaita, on the other hand, asks how it could be that something inert could ever do anything. They believe that the mind is only an instrument – that is why it is called antaHkaraNa (karaNa is an ‘instrument’). That which is inert (anAtman) can neither do nor enjoy. Yet clearly the jIva must be able to act or otherwise there would be no point to the scriptures, which tell us to do this and that in order to prepare the mind and remove Self-ignorance so as to attain enlightenment. (Also, if it were the buddhi that acts, what would be its instrument?)

When it is said that the Self does not act, this is from the standpoint of absolute reality. But, at the empirical level (vyavahAra), there is nothing else that can initiate action other than Consciousness. It is this ‘reflected Consciousness’, operating through the instrument of the mind that effectively acts, i.e. the ‘presumed I’ of the essay. The jIva (a mithyA, vyAvahArika entity) is both ‘doer’ and ‘enjoyer’ of action.

Interestingly, the Nyaya philosophy claims that the jIva is a doer. They say that mokSha is an event in time when this ‘doership’ comes to an end. Advaita, of course, says that we are already free but, as a result of the association with the mind (buddhi) we erroneously think that we are not. This is like the classic metaphor of the clear crystal appearing to be colored as a result of the proximity of some object that is colored. When the mind ceases to function, as in deep sleep, the superimposed doership of the jIva also seems to cease. But it was never a doer to begin with; it is only ignorance of all of this that prevents that realization.

So the bottom-line regarding this question is that the jIvAtman is both a doer and an enjoyer from the vyAvahArika viewpoint and neither a doer nor an enjoyer from the standpoint of paramArtha. How can it be both a doer and a non-doer? In B.S. II.ii.40, Vyasa uses the analogy of a carpenter. A ‘carpenter’ is only a carpenter when he is using his tools to work with wood. When he playing with his children or driving his car, he is not a carpenter. Similarly, the jIvAtman, when associated with the instrument of the mind is a doer but ceases to be so when the mind is inactive.

So – another example of how valuable it can be to tackle the Brahma Sutra Bhashya!