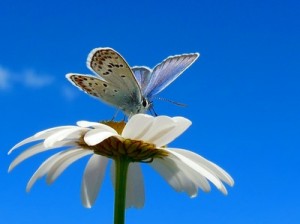 There is a very evolved state of realization that can easily be mistaken for the final realization brought about by akhaNDAkAra vRRitti. I do not mean the often mentioned state of samAdhi that also tends to be mistaken for enlightenment. What I am talking about is less spectacular than samAdhi. In my experience with Western students and friends, there is one moment in which an almost complete recognition of the true nature of oneness takes place. From that moment onwards, the general outlook of the person will change: suffering is going to diminish considerably and the person knows what it is that is actually sought by people asking the question “Who am I?”. He/she recognizes what is talked of in the scriptures as Truth.

This sometimes results in calling off the search – prematurely, because for most it is not the end of the road. What is missing is the full realization of the ‘ananta-aspect’ of sat-chit-ananta. Even though the sat and chit aspects are crystal clear, there is still a vague notion of separation that can be activated if vAsanA-s are being triggered. MokSha is only after this notion is completely resolved in the non-dual knowledge.

So, this first ‘almost-realization’ cannot be akhaNDAkAra vRRitti even though it is extremely valuable, its effects being noticeable and not subject to subsiding. What akhaNDAkAra vRRitti really is, is the full and complete realization of oneness that will remain in all circumstances and result in a complete absence of suffering, anxiety, anger and the like.

This last point is crucial. Many Western Advaita seekers content themselves with the consolation “It does not matter whether there is suffering, anxiety, anger etc. As I am not the mind, I am none of this even though it occurs” and leave it there. This is NOT mokSha. In mokSha there is no resistance to anything. (Mind you, the enlightened one may show signs of resistance to certain circumstances; unfortunately it is impossible to judge from the outside whether this is a reflection of his or her being identified or just the play of the guNa-s in prakRRiti).

By the way, I completely agree with Nathan Gill’s statement that Dennis quoted the other day. There is absolutely no need for any spectacular events taking place along with neither the beginning of the “almost complete realization”, nor with the true akhaNDAkAra vRRitti. If the tension of being a ‘someone’ has been released by and by, the incomplete realization as well as the akhaNDAkAra vRRitti may be just accompanied by something like “Aah, I see!” or not even that. In fact it can be so subtle that the effect of the complete absence of tension will only be noticed afterwards.