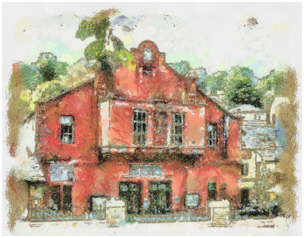 “One early morning in October upon awaking from slumber, there arose a sensation of the sense of self being gone. It was seen that there was literally no one there and that all movement was happening spontaneously without central control.”  Nancy Dolen, interviewed by Jerry Katz.

Why the Neo-Advaitin is not an Advaitin at all

Recently, I asked the question: “Who or what is it that acts?” And it led me to think that this is a question that many modern teachers need to ask themselves. The above quotation immediately triggered my antipathy (my apologies, Nancy, nothing personal!) In fact, one could pick up virtually any book by modern neo-advaita teachers and find a similar statement. Here are a few:

“What sees through it? There is simply seeing – there is no-thing, no one that sees.” (Nathan Gill – already awake)

“For this body-mind, when liberation was seen, any sense of localization ended for a while. Awareness was seen to be everywhere. The room in which standing was happening, the street in which there was walking, the bodies and lamp posts and benches and space that were appearing, were not differentiated in the belonging from this arm, this thinking process, this seeing, these feet walking the pavement.” (Richard Sylvester – I Hope You Die Soon)

“The word Advaita means not two and expresses as nearly as possible in words the perception that all and everything is already only oneness, and that there is nothing else but that. When this is clearly seen by no-one, it completely exposes the idea of subject and object merely as an illusory concept held within the hypnotic dream of separation. Consequently, the idea that an apparent separate individual (subject) can choose to attain enlightenment (object) becomes completely irrelevant. It also becomes clear that all practices or effort to follow a path leading to a future goal continuously reinforces the sense of personal seeking and is a direct denial of abiding unicity.” (Tony Parsons – The Hypnotic Dream of Separation)

“So, there is no one; AND as long as it seems there is someone, there is suffering, and the investigation needs to happen. THEN, once the gateless gate has been passed, then it is seen, by no one, that there never was a dream or a separate character or any investigation.” (Charlie Hayes – Perfect Peace: An Introduction to Your Natural State)

“The mind is accustomed to have reasons to do something. It wants to ‘grasp’ meaning and to assign value, but when ‘you’ get the hang of it, when ‘you’ get in the swing of things, it is seen by no one, that THIS as it is, is its own fulfillment. It is seen that the reason for being is being itself and that, when manifest as sadness, it can be loved as such.” (Leo Hartong: Self to Self)

The verb ‘to see’ is not a particularly obscure or difficult one, although it has various meanings. The most common meaning is to watch or observe, and for this we clearly need a sense of vision – the physical eye and a living brain to translate the visual information. It can also mean such things as visiting or meeting someone regularly, consulting an expert or giving an interview. Meanings such as these necessitate a person who does these things. The third type of meaning relates to such things as making deductions or enquiries and reaching a conclusion, or the way in which we regard a particular topic. Thus, the least that this mode of use requires is a mind (and therefore a physical brain again)! One can therefore see clearly that it makes no sense whatsoever to say that “it was seen” unless we are speaking about a person with eyes and a brain who does the seeing.

So what can these teachers be trying to say when they make such statements? Presumably it is acknowledged that, if an object is in a closed room, it will be seen when ‘no one’ is inside the room, but not when ‘no one’ is outside the room. Although what can possibly be meant by “Awareness was seen to be everywhere”, I can’t imagine. At any rate, since it seems that they are denying that the actual cognition and interpretation takes place in the ‘mind’ of an ‘individual’, one has to conclude that they are claiming that it is the impersonal Atman itself which is doing the perceiving.

So this brings us back to my recently posted article on the real ‘I’ versus the presumed ‘I’. This pointed out that, from the standpoint of absolute reality, the Atman is neither a doer nor an enjoyer, and that the body mind, being inert, also cannot act or enjoy. Sankhya philosophy says that Atman is not a doer. Nyaya philosophy says that the Atman is a doer but also says that mokSha is an event in time, something with which the neo-Advaitin would definitely not agree. Advaita allows that the jIvAtman is effectively both a doer and an enjoyer at the empirical level (vyavahAra) but this is no good for the neo-Advaitin, who does not recognize the person and does not acknowledge the paramArtha–vyavahAra distinction either. So, whatever philosophy the neo-Advaitin is following, it is none of the above.

The individual soul or jIva is the reflection of Consciousness (chidAbhAsa) in a particular body-mind. Each person is therefore different, being dependent on that particular body-mind (which derives from the karma-s of past lives), just as the sun’s reflection in a mirror is dependent upon the nature of the mirror. A red mirror will result in a red reflection; a distorting mirror will give a distorted image and so on. The ‘original Consciousness’ is totally unaffected, just as the sun is unaffected by the character of its reflection. The ‘original Consciousness’ (brahman) is not a doer or enjoyer. It is subtler than space, which is everywhere, unaffected by the movement of the objects within it. It is the body that moves, albeit enlivened by Consciousness; the eyes that see, albeit enlivened by Consciousness and so on. Consciousness itself does nothing.

Accordingly, to say that ‘no one sees’, meaning that Consciousness itself ‘sees’, is totally to misunderstand the teaching of Advaita.