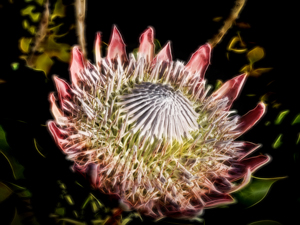 Over the past few months, we have had several posts following which there were discussions in which some participants attempted to argue that knowledge was not the direct cause of enlightenment. Alternative suggestions have been that enlightenment comes with nirvikalpa samAdhi or that one has to pursue some course of action, such as asking ‘Who am I?’.

I argued that neither of these were the case; that ONLY Self-knowledge could give enltightenment. This is primarily because ignorance is the cause of saMsAra and knowledge, not action, is opposed to ignorance. And I said that I would endeavor to find quotations from scripture or from Shankara to support this contention (since some participants were not prepared to accept arguments from such as Swami Dayananda).

Below, I have compiled a brief list of some of those quotations and hope these should be adequate to convice readers that the above is the stance of traditional Advaita and it is supported by clear, reasoned argument.

Knowledge is enveloped by ignorance. By it (ignorance) people are deluded. But for those in whom this ignorance of the Self is destroyed by knowledge, that knowledge of theirs causes the Supreme to shine like the sun.

Shankara: Discriminative knowledge is enveloped by ignorance. Thereby the ignorant mortal creatures in samsAra are deluded and think “I act, I cause to act, I shall enjoy, I cause to enjoy,” and so on. When the unwisdom by which the mortals are enveloped and deluded is destroyed by wisdom or discriminative knowledge of the Self, then, as the sun illuminated all objects, so wisom illuminates the whole of the Knowable, the Supreme Reality.

The knowledge that one is (really) ever liberated comes from the holy texts and from no other source. And knowledge of the meaning of a text is not possible without first calling to mind the meanings of its (component) words.

The clearest (form of) authoritative knowledge of the inmost Self arises from such texts as ‘that thou art’ just as it does from ‘thou art the tenth’.

The knowledge of the inmost Self which removes all need for further investigation arises with certainty from the texts like ‘thou art That’. It does not arise from any other means of knowledge.

To know brahman is to become brahman. Mundaka Upanishad says: “He who knows brahman becomes brahman.” As brahman is an already existent entity, knowing brahman does not involve an act like a ritualistic act. When avidyA or nescience is destroyed through knowledge of the Self, brahmna manifests itself, just as a rope manifests itself when the illusion of the snake is removed. As brahman is your inner Self, you cannot attain it by any action. It is realized as one’s own Atman when the ignorance is annihilated.

Vedantin: Knowledge of the Self is exclusively the cause of the highest good; for, through the removal of the idea of differences, it culminates in the result that is Liberation. The idea of distinction among action, agent and result is ever active with regard to the Self because of ignorance… The dispeller of this ignorance is this Knowledge regarding the Self – in the form ‘I am the Absolute, non-agent, free from action and result; there is none other than myself because when it (knowledge) arises it dispels the idea of difference which is the cause of engagement in action.

The word ‘however’ above is used for ruling out the other two alternatives. This refutes the other two alternative views by showing that the highest good cannot be attained through mere actions, nor by a combination of knowledge and action. Besides, since Liberation is not a product, therefore it is illogical that it should have action as its means. Indeed an eternal entity cannot be produced by either action or knowledge.

Objection: In that case, even exclusive knowledge is purposeless.

Vedantin: No, since knowledge, being the destroyer of ignorance, culminates in Liberation which is a directly experienced result. The fact that knowledge, which removes the darkness of ignorance, culminates in Liberation as its result is directly perceived in the same way as is the result of the light of a lamp which removes ignorance in the form of snake etc, and darkness from objects such as rope etc. Indeed, the result of light amounts to the mere (awareness of the) rope, free from the wrong notion of snake etc. So is the case with Knowledge.

By knowing Him alone, one goes beyond death. There is no other path to proceed by.

…the knowledge of reality is only from Vedanta sentences.

Even in deep sleep and meditative absorption (samAdhi) there is the natural gain of non-distinction, however at the time of waking [from deep sleep and absorption]. there is once again distinction just as before because false knowledge has not been removed.

…the knowledge of Reality springs from the Upanishadic texts alone, as is stated in such passages as “One who is not versed in the Vedas cannot reflect on the great Entity” (Tait. Br. II xii 9.7). “I ask you of that infinite being known only from the Upanishads” (Brihad. Up. II ix 26).

…freedom is a permanent entity. That freedom is eternal is surely an admitted fact. It is a matter of common experience that anything produced by action is impermanent. Should liberation be a result of action, it will be transitory; and this is undesirable, since it contradicts the logically justifiable Vedic text: “As in this world the result acquired through action gets exhausted, in the very same way the result acquired through virtue gets exhausted in the other world” (Ch. Up. VIII.i.6).

(Regarding emancipation generated by karma when associated with knowledge):

No, for the defect was pointed out (by us) by stating that whatever is produced is impermanent.

Objection: On the authority of scriptural text (e.g. “ He does not return again” Ch. VIII xv 1), emancipation is eternal, though it is produced.

Answer: No, for a scriptural text is only informative. A scriptural passage supplies information of a thing existing as such; it cannot create a thing that does not exist. Anything that is eternal cannot have a beginning, nor can anything be indestructible if it has a beginning – despite a hundred texts (to the contrary).

(Regarding knowledge and karma combined):

No, because karma is known to have a different effect; for karma is seen to result in creation, improvement (purification), transformation, or acquisition. And liberation os opposed to such results as creation etc.

It (liberation, being identical with brahman) is all-pervasive and non-different from the goers (of the spiritual paths specified in the Vedas). Brahman is omnipresent, because it is the material cause of AkAsa (space) etc, and all conscious souls are non-different from brahman. Hence liberation is not an achievable result.

Besides, the combination of knowledge and karma is not possible, because of their mutual contradiction. For knowledge – which relates to an entity in which all distinctions of accessories, such as the agent, get merged – is antithetical to karma that has to be accomplished with accessories which are opposed to it (knowledge). Indeed the same thing cannot be visualised as being in reality both possessed of such distinctions as agentship etc, and as devoid of them. Either of the two must of necessity be false, if it is reasonable that falsehood should pertain to duality which is the object of natural ignorance, in accordance with hundreds of Vedic texts such as…

…the aim of the Vedas is to impart instruction in respect of human goals. That being so, the Vedic texts which are devoted to the communication of knowledge engage themselves in the revelation of knowledge under the belief that since a man has to be liberated from the world, ignorance, which is the cause of the world, must be eradicated through knowledge. Hence there is no contradiction.

…the shruti uses the words ‘knowledge’ and ‘attainment’ as synonymous. The non-attainment of the Self is but the ignorance of it. Hence the knowledge of the Self is Its attainment.

The attainment of the Self cannot be, as in the case of things other than It, the obtaining of something not obtained before, for here there is no difference between the person attaining and the object attained. Where the Self has to attain something other than Itself, the Self is the attainer and the non-Self is the object attained. This, not being already attained, is separated by acts such as producing, and is not to be attained by the initiation of a particular action with the help of particular auxiliaries. And the attainment of something new is transitory, being due to desire and action that are themselves the product of a false notion, like the birth of a son etc in a dream.

But this Self is the very opposite of that. By the very fact of Its being the Self, It is not separated by acts such as producing. But although It is always attained, It is separated by ignorance only. Just as when a mother-of-pearl appears through mistake as a piece of silver, the non-apprehension of the former, although it is being perceived all the while, is merely due to the obstruction of the false impression, and its (subsequent) apprehension is but knowledge, for this is what removes the obstruction of false impression, similarly here also the non-attainment of the Self is merely due to the obstruction of ignorance. Therefore the attainment of It is simply the removal of that obstruction by knowledge; in no other sense is it consistent.

Hence we shall explain how for the realisation of the Self every other means but knowledge is useless.

Even though this is truly the essence of supreme reality and is well-known in the Upanishads and described there as asparsha yoga, as it is free from all kinds of touch in the nature of relationship with objects, still it is difficult to be realised by all Yogins – ‘all Yogins’ means yogins without the knowledge of Vedanta. This yoga can be attained only by those yogins who have made an effort to attain the knowledge that Atma alone is the truth.

Indeed that person who knows that limitless brahman becomes brahman itself.

‘In order to know that Reality fully, he must go, with sacrificial faggots inhand, only to a teacher who is versed in the Vedas and is established in brahman’ (Mun. Up I.ii.12). In this way alone, does a man of detachment acquire the competence to hear, meditate on, and realize the knowledge of the indwelling Self, and not otherwise.

They do not also know the contradiction, involving incongruity, between the attainment of knowledge, which obliterates all action with its factors and results, and ignorance together with all its effects… The contradiction rests on the opposite trends of the nature of rites and that of knowledge, which partake respectively of ignorance and illumination… ‘Men are bound by rites and freed by knowledge.’… Therefore the knowledge of brahman leads to the highest goal for man not with, but without the help of any auxiliary means, for otherwise there would be contradiction all round.

20 thoughts on “Knowledge and Enlightenment”