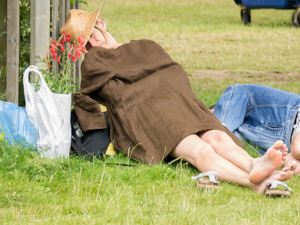 Q: As a long-time Krishnamurti fan, I often “practice” awareness (mindfulness): when a thought arises I watch it live out its life and disappear; when I sip coffee I am aware of the feel of it, the taste, the fact that I am sipping coffee, etc.

1. Is it okay for me to continue doing this while I am studying Advaita Vedanta? (OK in the sense of not undermining the Advaita learning process.)

2. Does Advaita hold that is valuable/beneficial to practice this kind of nonjudgmental awareness? Is there a similar practice in Advaita?

A: According to (traditional) Advaita, you are supposed to have gained sAdhana chatuShTaya before you embark upon the formal path of self-enquiry (shravaNa-manana-nididhyAsana). This includes shamAdi shakti sampatti, the sixfold ‘accomplishments’. And the first of these are shama and dama, tranquil mind and sense control. This is obviously a similar sort of idea to mindfulness. So any practice which helps bring the mind under control, so it is not thinking about something else while supposedly giving attention to Advaita, is fine. But very definitely the idea is become disciplined first, so that you can direct the whole of your attention. If you try to do it at the same time, you will end up doing neither well!

Q: Yesterday on my daily walk, which I usually treat as a laboratory for consciousness experimentation, I said to myself “Stop trying to make ‘spiritual’ things happen, just sit back and enjoy the ride, trusting that Consciousness is at the helm. In other words: Get out of your own way!”

The result was, more than anything else, a sense of deep relief … not struggling to achieve anything, not feeling I had to be deeply aware or transcendent or anything at all. Just … walking, looking around, having thoughts that came and went, being. Trusting in Consciousness to steer the ship.

From this description, does it sound to you like this is a useful/helpful attitude for me to nurture? I’m wary of glomming onto something because it feels good, but that is in reality a misstep.

A: It’s a useful sort of attitude to have up to a point. But this is the state of mind that Neo-Advaitins claim is ‘it’. And it isn’t.

Enlightenment is not an experience or an attitude or a state of mind. It is knowing without the shadow of a doubt that your essential nature is Consciousness, which is all there is; that everything is That. And your mind must not accept anything less, no matter how pleasant or how much of a relief. We are used to going after anything which we think will give us happiness, not realizing that it is our own nature and any external pursuit is bound to fail sooner or later. This includes the pursuit of a certain feeling, emotional or mental state.

As long as you appreciate this, enjoy the peace that comes with accepting whatever happens… and press on with the enquiry!

Q: Regarding the teaching of Nisargadatta Maharaj: central to Maharaj’s teaching is the sense of “I Am” which he instructs to hold on to (as do some other teachers, even Ramana post the “I Thought”). I was sure that I understood the meaning of that somehow enigmatic notion which became the center of my practice – I understood it as some sense of being, not “I” (a sense of a subject) and not “I am this” (grasping yourself as any observable object like the “I thought”, I image, body, mind and so on). But I am not sure that this is correct. Could you shed light on that?

A: This is precisely the problem with relying upon written material rather than a live teacher. Translated and transcribed material is even worse – it relies upon the understanding of the translator (who may not even have been present at the original discussion so the context may be missing).

Practice of anything can never bring you to enlightenment. Practice is ‘doing’ and this is not opposed to ignorance. Since the problem is one of ignorance, only knowledge can cancel this out. You are already brahman or Consciousness (or Awareness if you are following Nisargadatta’s terminology)  so you do not need to do anything to ‘become’ That.

I have written elsewhere about some aspects of Ramana’s teaching. I would say that the ‘Who Am I?’ instruction is an exhortation to conduct Self-Inquiry. (It is certainly not telling seekers to go away and repeat the question endlessly like a mantra!) Similarly, I would say that Nisargadatta’s telling people to ‘abide in the I am’ was effectively telling them: ‘find out who you really are and then do not forget it, irrespective of what actions are going on in the empirical world’. The point is that ‘who-you-really-are’ does not say ‘I am’ or ‘do’ anything. All sayings and doings are by the body-mind in the context of the world. And body-minds and world are all mithyA – merely names and forms of you, Consciousness. Once you have realized this, you can then carry on an outwardly normal life but knowing (in your mind/intellect) that who-you-really-are is not the body-mind and is not doing anything. Nothing can ever affect you – you are eternally unlimited and free – but now you know this to be so. That is enlightenment.