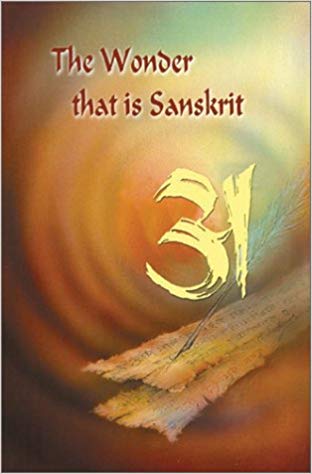 I am in the process of reviewing old material relating to Advaita Academy as part of my background research for a 2nd edition of Back to the Truth. There are a number of essays, blogs and book reviews by myself and others which I will be reposting here over the next few months (they can no longer be found on-line at present). Here is the first of these – a two-part essay by Peter Bonnici, explaining why Sanskrit is so valuable and why a qualified teacher is necessary. Dennis

There are many who declare themselves to be students of advaita vedAnta but do not see the value in pursuing the study of texts in Sanskrit as they believe that the proliferation of translations and commentaries on texts like the Upanishads and Bhagavad GIta available in native languages are sufficient. Then there are those who have a working knowledge of Sanskrit who feel that, armed with a dictionary and other necessary tools, they can arrive at the meaning of texts by themselves.

Both are missing something, and for the same reason: namely, the enormous expressiveness, subtlety and flexibility of the language to express the precise meaning that the speaker or writer wishes to convey. (Most of the valuable teaching of advaita was passed on orally and the written form came later.) Not only is one missing out the subtlety of meaning by side-stepping the language, but one can also be lulled into a false sense of security by the book knowledge one has. An example of this can be seen when one compares translations. Here are three translations of the first verse of shankara’s DakShiNamUrti Stotra:

Translation 1
Similar to the image of a town as seen in the mirror, when one sees the image of the world within him, the world appears as if it is outside. It is similar to his seeing due to illusion, during the state of sleep, that the one real fact appears as many different truths, and he realizes, when he wakes up and sees the reality, that he is really the one and only one soul. Salutation to the God facing the south, who is the greatest teacher.

Translation 2
The universe is the reflection of a mirror. The Truth is the supreme Brahman, the one without a second. The mind, senses and intellect are all able to only discern the reflection of the Atman. The identity of the brahman and the Atman is apparent after self-illumination. I offer my profound salutations to the auspicious Guru, who is an embodiment of Dakshinamurti, and whose grace is responsible for the illumination.

Translation from studying with my teacher
Just as the dream creation ‘within’ oneself is experienced as though outside, so too, due to mAyA, the universe which is also within oneself (as the reflection of a city is ‘within’ a mirror), appears to be outside. Salutation to Lord Dakshinamurti who, here, is in the form of my guru who, having woken to the truth, recognises his own nature as non-dual.

Another example would be the subtle, yet profound impact on meaning encapsulated in gender that simply cannot come across in English. Here is a verse from the MuNDaka Upanishad (1.1.6):

The words in the line in italic above say: ‘That which is not the object of sense perception or organs of action, which is unborn, which does not have any attributes, which does not have eyes or ears nor hands or legs… (is clearly seen)’ All these words use the neuter gender and thus agree in gender with nirguAa brahman, brahman without attributes. This however seems to be totally contradicted by the words in the second (non-italicised) line: ‘The wise see it clearly as eternal, that which becomes many, all-pervasive, most subtle, free from decline and disappearance, the cause of all beings.’ The resolution of this apparent dilemma is the knowledge that the second group of words are all masculine in gender, and thus refer to the Atman, the self of the individual (as it were). What this gender change tells us is that, whilst you cannot lookout to see an objectifiable Brahman, Brahman is available for recognition as one’s own self, Atman: it happens to be you. Therefore the wise see clearly.

If these demonstration (and there many others that can be cited) has shaken your resistance a little, then what’s next needed to motivate you to engage might be to convince you of the total wonder of the language – whose very name translates as ‘refined to perfection’ – and whose potential is to communicate the vision of the truth seers.

Two books that celebrate the language, each pitched at different levels of readership, but each accessible to the interested general reader, could do the trick of raising enough enthusiasm to knock down a few more barriers of resistance.

The Wonder that is Sanskrit, by Sampath and Vijay, does what it says on the cover: it shows us a language that is capable of immense expressiveness, flexibility, beauty and spirit. It gives us a brief overview of the grammar to address such questions as: How do words come about? What leads to the formulation of a sentence? What gives meaning to a sentence? What makes a language a fit vehicle for communicating between the speaker and the listener?

It is packed with breathtaking examples from the grammar. One example demonstrates how a single seed word can generate a family of words running into hundreds, just by the addition of prefixes and suffixes. The seed word gam, which carries the sense of ‘to go’, is used to demonstrate this. 129 derivative words come from this single source, each with their underlying meaning having a link to the essence of ‘going’. They vary from the more obvious like ‘movement’ or ‘road’ to words that have been radically changed by prefixes to give such meanings as ‘mastery’, ‘early in the morning’, ‘cut asunder’, ‘harmony’…

Sanskrit has this ability because every word is meaningful, they aren’t merely labels slapped onto things. For example the authors list 34 synonyms for the word fire, agni. Each word has a specific and different connotation. For example: vahiH, from the root that means ‘to carry’, to give a sense of ‘that which carries (offerings to the gods)’. Or analaH, composed of a prefix an, meaning ‘not’ added to ala, which means ‘enough’: fire is ‘that which never says enough’ (however much fuel it is fed).

Simple examples like these should whet the appetite of the curious as to the expressive potential of the language. This feature of the language, combined with interpretive flexibility, gives plenty of room for linguistic acrobatics. Here’s a dramatic example of a verse containing 32 syllables made up of one consonant – y – and one vowel – a.

The meaning is: “the sandals (pAdukA) which adorn the Lord, which help in attainment of all that is good and auspicious, which give knowledge, which cause the desire (of having the Lord as one’s own), which removes all that is hostile, which have attained the Lord, which are used for going and coming from one place to another, by which all places of the world can be reached, these sandals are for the Lord Vishnu.”

The book also gives copious, and dramatic, example of the contribution of Sanskrit to the arts, sciences and daily life, to inspiring poetry and literature, and finally touches on its contribution to sacred and spiritual literature. The language is presented as having grown, not just as a means for communication, but out of a search for the true and the real.

What this book misses out, however, is the key feature of the recipient of the teaching and the user of the language despite a chapter entitled, ‘The Language of India’s Soul’. This factor is shraddha, intense faith in the efficacy of chanting mantras and hymns that runs through the veins of every devout Hindu. This effective factor is what draws the result from the language, not some mystical ‘vibration’. There is no such thing as an action without a result and thus there is no non-result from chanting Sanskrit shlokas.

This level of the language is not brought out in ‘The Wonder that is Sanskrit’ despite being the greatest wonder of all. The qualification of the speaker – is the speaker talking ‘about’ truth, or ‘from’ it? – and the listener – is the mind pure and steady ? – is key to what gives Sanskrit it power to communicate truth.

Read Part 2 – a review of the book: Language and Truth by Paul Douglas

2 thoughts on “Sanskrit: language of the gods part 1”