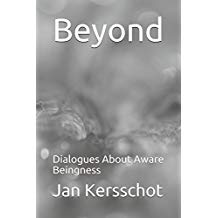 JK: You see, this is a nice example to illustrate the difference between duality and dualism. Duality is the difference between the person in the front who is the teacher, say of mathematics, and his or her audience, the pupils listening to him or her to learn the basics of mathematics. From an outsider’s point of view, the teacher is standing in front of the classroom and the pupils are sitting in the rest of the room. That separation is duality. And it is totally fine. In spiritual circles, a similar situation may occur. There is a duality between the master on the one hand and the followers on the other hand. That is again totally fine, it is just a distinction made by the mind. And if there are a lot of followers, it is normal that the teacher is sitting on a platform so that everybody can see him or her. When a spiritual leader like the Dalai Lama gives a speech to the United Nations, it is also similar. And people can be touched by his words on many levels as well.

Q: So where does the dualism come in then?

JK: Dualism may originate in the mind of the follower when he or she labels the teacher as higher than himself or herself. It may be a matter of gratefulness, respect and loyalty towards the teacher. And if you have had special experiences during a meeting with that teacher, your devotion and respect may become even more important. All this is fine. But in some circles, the master is described as an enlightened being, or a divine being, which could give the impression that the master is on a higher level than his devotees.

Q: This becomes even more obvious when people are bowing for the master or kneeling to kiss his or her feet.

JK: In spiritual circles, masters or gurus are likely to be labeled with divine qualities. I am not saying that they don’t have special gifts. People say that when the master enters the room, the energy is uplifted. Some of them are really unique beings. I am not judging this behavior. I am not saying that worshipping the master is bad or ridiculous. It is also an expression of oneness. But I understand that this devotion disturbs you. If you go to India, you see it in many places. There it is more common. I have been around several masters myself, and I learned a lot about devotion and the effects of being in a group of people who have a similar interest. It can be very powerful.

Q: Devotion or Bhakti is also one of the three ways in yoga to find liberation. To me, these masters are on a higher level of consciousness than their followers.

JK: According to nondualism, this is not the case. The master may obviously have certain qualities and talents which makes him or her to a master. This may be charisma, clarity, eloquence, intelligence, compassion, leadership, and much more. In nondualism, we still notice the difference. Especially when you listen to the conversations between master and follower, it may become obvious that the master really masters the subject while the devotee still lacks understanding and clarity. That difference is usually clear. It is a bit more difficult to check out the so-called divine qualities of a master or guru. But that can be a distraction as well.

Q: I also heard that some devotees have had spiritual experiences at the feet of their master, but these are difficult to evaluate because it is so subjective. But people who are around a master without being a devotee, let’s say the taxi driver who drives the guru to the airport, don’t feel anything special at all. Isn’t that strange? It seems one only receives the blessing when one is open to their energy. If you would send a journalist from the BBC to make a movie about him, he will not feel anything if he is very critical about the guru. However, when I talk with these devotees, I got an idea of what is going on there. They say they feel so much love and peace when being about their master. That sounds very attractive to me.

JK: It may be a blessing and a curse. You may have great insights in a temple in India, Sri Lanka or Japan, but you could also get hooked to these experiences of joy, love and serenity. Now you are running after special experiences. And maybe you feel down when you must return home to your family and work. You are not able to appreciate ‘normal’ life anymore.

Q: But you haven’t explained yet why there is no difference on the spiritual level between the seeker and the master. I can’t believe that. I mean, I don’t agree with you.

JK: Dualism only starts when the devotee believes that the master is on a higher level on the spiritual hierarchy. This is an additional form of labelling. This labelling originates from the belief that one wave is made of better water than another wave. One wave may be higher than another wave, but the essence is the same. The master may be a big wave and you may be a small wave. He has special powers and you do not. However, you are both made of water. That is nondualism. A lot of people are not very clear about this issue.

Q: What exactly do you mean?

JK: It means that although the differences are obvious, and although followers can learn so much from a master, or they can experience great moments of insight, love or delight while being with their master, yet they are sharing the same infinite awareness. The quality of the awareness is one and the same. The appearances are different of course, and it is not wrong to label these, but the core is one and the same. The waves are different in shape and size, but the essence is the same.

Q: Do you feel the need to discourage people to go and see such masters?

JK: No, not at all. Go and see them when you feel attracted to them. Check them out, if you want to study this phenomenon. Open your heart to them if you feel a natural desire to show devotion to a master. Even Nisargadatta, the famous master from Bombay, said that he showed devotion to his master, and that he followed his words because he trusted him. He said that meeting his master was crucial for his spiritual journey. And he showed even devotion after his master died. And yet, he was one of the most clear and uncompromising teachers of Advaita. So, I believe devotion is fine, it can be a way of showing respect and loyalty to someone who gave you so much clarity and who was a catalyst in rediscovering your inner stillness.

Q: What is a catalyst?

JK: In chemistry, a catalyst is a substance that increases the rate of a chemical reaction without itself undergoing any permanent chemical change. For example, ash acts as a catalyst in promoting the breakdown of sugar. When you hold a white sugar cube on top of a flame of a candle, it doesn’t burn, it just turns dark. But when you add some ashes to the sugar, it will burn immediately. At the end of the process, the ashes are still there. The sugar is burned but the ashes remain untouched – although they were essential for the process to take place. The ash is the catalyst.  When Barack Obama delivered his Nobel Lecture in Oslo and brought a message of peace and hope, his words inspired millions of people. When the Dalai Lama speaks about compassion, he can inspire millions of people worldwide. Their words are a catalyst for a process of compassion, non-violence and peace. In a similar way, the guru in India can be a catalyst in being a mirror for the devotee. The master makes it possible that the seeker discovers that impersonal awareness within, which is also without. It might become clear that both ‘share’ this awareness. That there is one awareness which both guru and devotee are. Then there may appear resonance in the room.

Q: Yes, I know what you mean. You can also experience it with contemporary Advaita teachers. I have experienced resonance at several occasions. It is sometimes described as an energetic phenomenon.

JK: Then the separation between master and follower is gone. When the master points to that which both are, he or she is not changed by the conversation, and yet some recognition has taken place during the conversation. His words or his presence were a catalyst for the process of clarity and recognition.

Q: Is that what is called satsang? They say that in Hinduism, it means literally ‘in the company with the truth’.

JK: Yes. But I am not an expert in Advaita. I prefer to talk about nondualism in simple terms. Even a twenty-year-old with no background in philosophy or spirituality should be able to follow what we are talking about here. Even someone who has not read any book about Zen or Advaita should be able to follow my words. I avoid religious and spiritual terminology as much as I can. I want to point to that which is the same in all religions, and which is also true for atheists. If we start to use specific terms, we are excluding those people who are not familiar with these words. I try to bring a message which doesn’t exclude anyone.

Q: Why would people put a master on a higher level than themselves, while they know we all share the same awareness?

JK: There are many reasons to do so. I mentioned already respect and loyalty. Another one is avoidance. By putting the master on a higher level, you automatically put yourself lower. As a result, you can look up at the master and say to yourself, “The master has reached liberation, but I am not there yet. I will still need to do a lot of practice to reach the same level.” So, in that way, the spiritual ego uses the labelling as a tool to postpone its own clarity.