The day is not far when you can control your genes with your mind! Effectively you can change not only your moods and behavior but also essentially what you are by the power of your thought!

The technological possibility is established through a ‘Proof of Concept’ research paper just published in Nature Communications.

“We wanted to be able to use brainwaves to control genes. It’s the first time anyone has linked synthetic biology and the mind,” says Martin Fussenegger, a bioengineer at ETH Zurich in Basel, Switzerland. 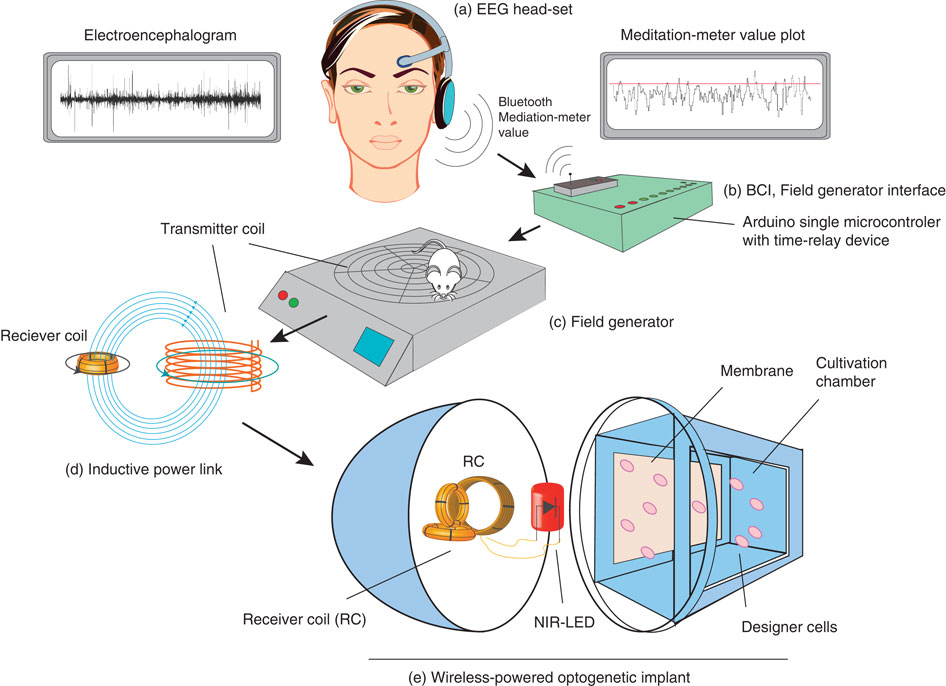 Eight people, wearing EEG devices that monitored their brainwaves, were taught how to conjure up different mental states that the device could recognise by their distinctive brain waves.

The volunteers were shown meditation techniques to produce a “relaxed” pattern of brainwaves, and played a computer game to produce patterns that reflected deep concentration. They also used a technique known as biofeedback, in which they learned by trial and error to control their thoughts to switch on a set of lights on a computer.

By linking the volunteer’s EEG device to a wireless LED implant in the mouse, they were able to switch on the LED using any of the three mental states. This activated the light-responsive gene in the kidney cells, which, in turn, led to the activation of the target gene. A human protein was produced that passed through the implant’s membrane and into the rodent’s bloodstream, where it could be detected. “We picked a protein that made an enzyme that was easy to identify in the mouse as a proof of concept, but essentially we think we could switch on any target gene we liked,” says Fussenegger.