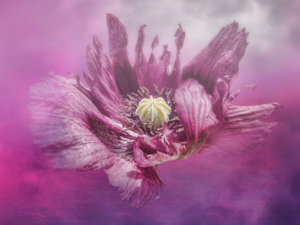 Below is another essay from Atman Nityananda whose earlier essay on sAdhana triggered so much interest. This is preceded by an essay on the same topic from Swami Sivananda.

Free Will versus Fatalism
by Swami Sivananda

The controversy between free will and fatalism is still going on in the West and no one has come to any definite conclusion. It is a great pity that the doctrine of Karma is mistaken for fatalism. Fatalism is the doctrine that all events are subject to fate and happen by unavoidable necessity.

Fate is otherwise known as luck or fortune. That indefinable mysterious something which brings trials, successes and failures to man, which shapes and moulds him by teaching lessons of various sort, which takes care of him like a mother, which brings various sort of experiences, which brings cloudy days and days of bright sunshine, which raises a beggar to the level of a landlord and hurls down a mighty potentate to the level of a street-beggar, which gives different kinds of fruits and experiences to two people of equal talents and capacities, which made Napoleon at one time a terror in the eyes of the people and at another time a prisoner, and which makes a certain portion of the life of a man quite stormy and another portion quite smooth, is called fate. Fate educates and instructs man. However whimsical the fate may appear to operate, it works in harmony with the law of causation.

Fate is one’s own creation. Man acts and thinks and develops his own character. He creates a web like the spider or a silk-worm and entangles himself in its meshes on account of the three knots, viz., Avidya, Kama and Karma. He himself has enthroned fate to the level of a king and obeys its order owing to his ignorance and its effects.

The doctrine of Karma is diametrically opposed to the doctrine of fatalism.Fatalism causes inertia, lethargy, weakness of will and bondage. Fatalism annihilates faith. It induces terrible fear in the people. It destroys ethics. It checks growth and evolution, whereas the doctrine of Karma is an incentive to action to better one’s condition. It is a source of solace. It gives man an assurance of a broader and happier life. It presupposes freedom of the will.Freedom is the essence of Karma. It gives opportunities for growth and evolution.

The doctrine of Karma affords a most rational and scientific explanation of what is called fate. It gives a positive definite word of assurance that, although the present of which he himself is the creator or the author, is unalterable and irrevocable, he may better his future by changing his thoughts, habits, tendencies and mode of action. Herein lies great comfort, strength, encouragement and consolation to the desperate man. Herein lies a strong impetus for the man to struggle and exert for improving himself. Even a forlorn and helpless man is made cheerful when he understands this doctrine of Karma.

The doctrine of Karma brings hope to the hopeless, help to the helpless, joy to the cheerless and new strength to the weak. It braces up a sunken man. It is an ideal “pick-me-up” for the depressed and gloomy. The doctrine of Karma teaches: “Do not blame anybody when you suffer. Do not accuse God. Blame yourself first. You will have to reap what you have sown in your previous birth.Your present sufferings are due to your own bad Karma in your past life. You are yourself the author of the present state. The present is unchangeable. Do not weep. Do not cry over spilt milk. There is no use. You will not gain anything by so doing. Instead of weeping over the failure of crops during last year, go on ploughing this year. You will get abundant rain this year and rich harvest. Do virtuous actions now. Think rightly. Act rightly. You will have a brilliant and a glorious future.” How beautiful and soul-stirring is this magnanimous doctrine of Karma! The doctrine of Karma develops faith and supports ethics. It says: “If you hurt another man, you hurt yourself.”

Every act produces in the performer a double effect, one in the inner nature in the form of a tendency, good or bad, and the other in the form of fruit, reward or punishment.
The past Karma influences the present life in two ways, first in the form of character or tendency internally and as fate externally. If you do an action, it creates a Samskara or subtle impression in the subconscious mind or Chitta.The Samskara causes a tendency. Tendency develops into a habit by repetition of the actions. The habit manifests as character. Character develops into destiny. This is the order: Samskara, tendency, habit, character, and destiny.

The faculty of choosing is termed will. This will is free by its own nature. Man has a free will by his birthright. It asserts itself at every moment of our lives.

Bear in mind that every small act that you perform is the resultant of triple conjoint forces, viz., freewill, character and fate. The sphere of activity varies according to the nature of your Karma and the character formed by it. If you have done virtuous actions in your previous birth and if you have developed an exemplary character, your will have a wider field of activity and vice versa.

Determinism is the doctrine that all things, including the will, are determined (limited) by causes. This is the converse of free will. It is otherwise known as necessitarianism. Man has power to choose between the alternatives which fate brings before him. In choosing between them he may either follow his tendencies produced by his past actions or struggle against them. The will of a man is ever free. The arguments which are advanced by determinists in saying that human will is determined are not sound and tenable; they fall to the ground.

Dear friends! Man is the master of his destiny. Wake up now from the deep slumber of ignorance. Never become a fatalist. Think rightly. Act rightly. Lead a virtuous life. Never hurt the feelings of others. Mould your character. Purify your mind. Concentrate. Thou art Nitya Mukta Purusha. Tat Tvam Asi-Thou art That.

Some Hints  About Free Will
by Atman Nityananda

First. We cannot speak about free will in general. Each individual is in a different level of consciousness. What is valid for one person it is not for another. For example a liberated one (such as Buddha) and a deluded one have an altogether different state of consciousness and a different ability to exercise their free will.

Second. We must have a clear view about free will. In my view, free will is the ability to decide in harmony with our soul which in its turn is in harmony with the universal Soul. Free will is also the ability to decide according to our understanding, discernment and what we feel in our heart that is appropriate to do that very moment and not to act according to the mechanical compulsive egoic patterns, thoughts, desires or emotions.

The ability to decide which thoughts will be permitted to stay in our mind, and to make this decision a fact, depends on the purity of our mind, buddhi and heart and the ability to use our mind as an instrument due to long time practice and purification.

Ιn addition we can (if we want so and train our mind) direct our mind to think about things we want to and not let it wander aimlessly. We can program our mind and feed it with certain impressions and sense inputs in order to direct it to ponder on issues that we decide (as the Buddhi or the intelligence we are) and not on those issues or objects that the ego (with its mechanical impulses, habits and patterns) wants. It is up to us to decide what subjects we want our mind to reflect on.

To go a step further, we can even to decide not to think at all. Of course this requires long time practice and steady determination.

On the other hand when we are detached from the body, mind and emotions and we are identified with the consciousness within we can exercise our free will. That means we can choose or decide to do according our deeper intelligence and in harmony with our soul.

Finally I want to point out one more time that free will does not mean that we have an absolute free will to do anything we want independently of our Soul and Universal Soul or God.

The fact that the ordinary people do whatever arises in their minds, considering this as free will, is just ignorance. They are almost always slaves of the compulsive egoic tendencies that occupy their conscious mind and they do what the egoic impulses want, and certainly this is not free will or choice. Deluded by the hypnotic power of the ego they may think that have free choice, that they have the freedom to decide what they want to do, but this is only a delusion. The notion that they are free to decide between two desires or impulses is also false, because in this case it is the stronger desire or emotion the factor that determines what they will do. And these impulses or desires are unconscious tendencies that want to express themselves through the body mind entity.

Free will can be exercised only when we are detached from the egoic mind and we are aligned with our soul and intelligence within. It requires a great ability of Self-awareness, detachment and dispassion from the mind, thoughts emotions and impulses and a great ability of discernment and will power in order not to be deluded by the lower egoic energies. And this is not easy for ordinary people.

25 thoughts on “Free Will versus Fatalism”