Part 5:  End of the Universe, Thought and Meditation: 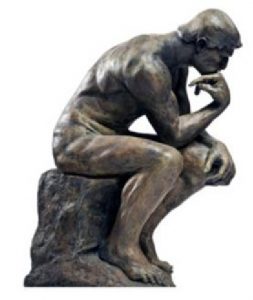 11.  So then, what is the Big Crunch and what will exist beyond it?

Aha, this question is much like the first one and, therefore, we are coming full circle!

One of the significant finding in astrophysics nearly a decade and half ago was that not only is the universe expanding, but it is doing so at an alarmingly fast rate. ‘Before this discovery, the forecast was surprisingly simple. If the gravitational pull of all the matter in the cosmos was strong enough to rein in expansion — like the Earth’s pull on a rocket that can’t quite reach escape velocity — the universe would eventually come crashing in on itself.’ This is described dramatically as the Big Crunch. This is something like the Big Bang expansion reversing itself. So the Big Crunch would have happened only if the expanding universe is held back in its tracks.

Another view is that none of the above scenarios may happen, if the concept of multiverse holds good. It may after all be a Big Collision, one of the bubble universes colliding with ours. But as Elizabeth Quill writes recently, ‘Imagining the death of the observable universe as the ultimate end may be just as naïve as imagining that the destruction of the Earth, for that matter, means the end of all life in the galaxy. There might be much more out there. Even if the bubble occupied by people bursts, other universes could live long and prosper.’

12.  One thing that has always fascinated me is that here in the West we say, drawing on Réné Descartes’ famous dictum: ‘I think, therefore I am.’ In the East, and in particular in Advaita Vedanta, it is the other way around: ‘I am, therefore I think.’ Can you expand on this? And what or who, therefore, am I?

Descartes was the one who made a systematic effort to understand Consciousness. In the process, he established a legacy that was found useful to reduce the bossism of the Church and its diktat on scientific research of the day, but which is proving today to be a big impediment. The mindset developed under this hypothesis of the separation of mind and matter, to be dealt with by philosophy and science respectively, means many philosophers still resist the forays of science into issues related to the mind and Consciousness!

Descartes recognized his own existence from the fact that he was conscious and was able to think. Thus, the very foundation for his existence was ‘thinking’.

In Advaita, it is simply ‘I’. One alone, there is no second, (‘ekam eva advitiyam’, Chandogya Upanishad (6.2.1)). This ‘I’ is a shorthand for both Consciousness and Beingness. It is not two separate words ‘I’ and ‘am’. In other words, Consciousness and Beingness are only one; different expressions of the same ‘one and only’ thing. This Beingness-Consciousness, as one word, has nothing to do with thinking nor does it depend on thinking or any other activity for its existence. This Beingness-Consciousness does NOT think or do anything at all. It is immutable, eternal, beyond time-space.

Thus, thinking begins with the coming of ignorance; or thought is the first sign of ignoring. No harm is done by this thought. After the first thought occurs, however, another thought begins with a claim of ownership and doership – this is my thought and I am thinking.

Actually, if you carefully observe yourself, a thought occurs first. Then the claim: ‘I thought so’ happens. With that claim of ‘my thought’, action happens as per the thought and a claim of doership comes into being: I am the author of this action. Let us take a simple example. A thought comes: drink tea. I claim ownership and say, ‘I want to drink tea.’ Then making tea happens and I say, ‘I made the tea.’

Thoughts are never under our control. I can never pre-decide that at so-and-so time I shall get so-and-so thought. Nor can I ever be without a thought. Thoughts are as natural as breathing. In fact, these two are linked. Therefore, some persons control their thinking by control of the breath; however, any of these breath control exercises have no relevance to an understanding of Advaita.

There is another little twist here. We talked about thought. Thought is the mind (though said to occur in the mind). There are also bodily sensations – visual, auditory, olfactory, tactile and gustatory – and perception of a world. Though we receive these signals through the different senses, it is the mind behind the senses that gives meaning to them. This meaning happens in the mind. In the absence of a meaning, they are just sensations.  We feel that we detect these sensations in our brain. But you can never experience your own brain – I do not mean an image of a brain, or the name of it, or an idea of a brain – but the raw experience of your own brain. In other words, all sensations are detected somewhere in no specific space.

So what has actually happened are a bunch of sensations which are felt at no place and we interpret the sensations with a meaning, assign them a name and objectify them as separate entities existing in the world. Then we begin to claim some of these sensations as mine, and some others as not mine. A ‘me’ comes into being with the ensemble of sensations claimed as mine, and that subset of sensations serves as my attributes and define me with a ‘body’.

One of the attributes I identify for myself is my existence or ‘i am’. This ‘i’, which has come about by this process of claiming ownership to some of the sensations, is the ‘i’ with which we are familiar. This ‘i’ is not the same as the shorthand ‘I’ we had for Beingness-Consciousness with which we began our discussion. This is an apology for ‘I’, an abhasa, a fallacious entity. The fallacious entity is the one which thinks ‘i am and therefore, i think.’

It is the fallacious ‘i’, which sees the world separate from itself. It is its selective claim of ownership to some of the sensations-thoughts-perceptions, factually a unitary single experience out of which are created a world out there and a ‘me’ in here by fragmentation.

The moment this ownership claim is given up, all of what remains is the sum total experience without a claimant or ‘seer’. Thus Advaita is not about giving up thoughts/sensations/perceptions but it is about just dropping the claim of ownership, or vairagya.

Let us look at the whole thing in a different way. I know I am conscious. No external proof is required for this fact. I know I exist. This also is an uncontestable fact requiring no outside evidence. But we cannot really separate out ‘existence’ and ‘Consciousness’ and find two distinct animals. They are both one and the same only. It is the same thing for which we gave the shorthand name of ‘I’.

I normally think I am confined to and within the body and the world is out there distant from the body. But the unrealized fact is I perceive my body too just as I perceive the world out there. So body or the world are both perceptions and it is only the claim of ownership that has separated my body and the world. Without the claim of ownership, which is nothing but another thought arising, it is all one perception – no difference as body and world. Just at the very moment the perception of the world is there, we have the sensations of the body – the butt on the seat, hand on the keyboard – and we also have the thoughts in the mind. In other words, we are conscious of all these things at the same time. So the sum total experience of thoughts, sensations, and perceptions is really one single experience arising in an undifferentiated unitary Consciousness.

And how do I say that I am conscious? Because I have the experience of percepts – thoughts, sensations and perceptions. So the percepts in a way tell me that I am conscious. Putting it in a different way, I become aware of my being conscious only when a percept arises. Therefore, any percept is my consciousness only arising at that point of time assuming for itself a limited form and an ID with a distinct name.

Thus what I call the body, the world and consciousness are all One entity, Consciousness-Beingness.

13.  Meditation is an active process, which suggests a conscious decision on the part of the individual to act. How does that tie in with the concept of having free will?

As long as you think that you are a separate person here, distinctly removed from a world out there, and think that you have freedom to make a choice, hoping that alternatives exist, there is free will for you.

Once you ‘realize’ that a separate ‘you’ restricted to the body-mind in you is fictitious and imaginary i.e. a ‘you’ does not exist, then there are no alternatives available to exercise a choice. Whatever happens is the only thing that happens – good or bad, no judgments made, no preferences, no rejections. In such a situation, there is no free will because obviously, there is no one to exercise a choice. All things are allowed as they arise to no one.

(To Continue … Part 6:  Effect of Meditation, jIvanmukta  and Science as pramANa)