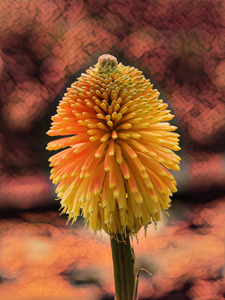 But here, one has to ask the question: who is experiencing what? And, if it is an experience (i.e. in time), it has a beginning and necessarily an end also. How does this stack up with the idea that NS equates to Self-realization? Swami Satprakashananda even says later in the book that few seekers attain NS and even fewer return to ‘normal consciousness’ subsequently. “Their experience of NS is, as a rule, of short duration and hardly repeated. They leave the body in that state and attain Liberation (videha mukti). In exceptional cases the body stays alive in NS for twenty one days at the most, and then drops like a dry leaf.”

The Self, being non-dual cannot be a knower or experiencer. It is only in its apparent state of limitation by the body-mind that it seems to become a doer-enjoyer etc. As Shankara states in his bhAShya on the kaTha U. (I.iii.4): “Rightly do the wise, the discriminating ones, speak of the Self associated with body, senses and mind as the experiencer, the one undergoing transmigration. For the Self alone is not an experiencer. It only appears to become an experiencer through association with such apparent conditioning adjuncts (upAdhi) as the intellect (buddhi), etc.”

And Swami Dayananda asks (in ‘Dialogues with Swami Dayananda’): “How can experience shake a thinking pattern?” He points out that, even though we know that the Earth orbits the Sun, our experience is still that it appears the other way round. He says that wrong thinking can only be shaken by right-thinking, and that this comes from knowing, not from experiencing. His suggestion is that this confusion has arisen as a result of the mistranslation of the word anubhava. There is a tendency, especially with modern Western teachers, to translate this word as ‘experience’, with the result that seekers may tend to shun the study of the scriptures (with a qualified teacher) in the mistaken belief that this can bring only intellectual understanding. He prefers rather to translate the word as ‘immediate knowledge’.

Michael Comans, in his excellent book ‘The Method of Early Advaita Vedanta’, points out that, when Shankara uses the word anubhava in his bhAShya on BS 4.1.2, he interchanges this with the word pratipatti, which means ‘understanding’. Specifically, AtmAnubhava is explained as “the direct awareness, or immediate understanding, that “I am solely of the nature of Awareness that is entirely free from all sorrow.’”

And, in any case, the Self is already free so that there isn’t actually anyone to become liberated. The idea is that the jIva gains Enlightenment in this life by realizing the truth about himself and reality; saMchita saMskAra is thereby destroyed, and no future saMskAra is acquired. This leaves the prArabdha that brought this body into existence to burn itself out for the remainder of its life. That jIva is then not reborn.

In fact, Ramakrishna seems to have had his understanding of the relationship between sAdhanA and scriptures the wrong way round. Traditionally, one prepares the mind such that it is able to listen to, and understand, the teacher so as to gain self-knowledge. But Ramakrishna asks: “What will you achieve by mere study of scriptures? The scriptures contain a mixture of sand and sugar as it were. It is extremely difficult to separate the sugar from the sand … one should learn the essence of the scriptures from the guru and then practice sAdhanA.”

The whole concept of nirvikalpa samAdhi comes from yoga philosophy. vikalpa refers to one of the five functions of the mind (according to Yoga), namely ‘knowing something that is not there’, as Swami Paramarthananda puts it. It is introduced in I.9 of the Yoga Sutras, where it is translated by Swami Satchidananda, in his excellent commentary: “An image that arises on hearing mere words without any reality [as its basis] is verbal delusion.” It is not like the classic example of seeing a snake where there is only a rope (this is called viparyaya in Yoga, or adhyAsa in Advaita). It is rather the forming of a view or opinion about something you have been told or read which is actually impossible. The example Swami Satchidananda gives is that A tells B that C had all his car tires punctured and had to remove all the wheels and leave them at the garage. On the way home he was driving too fast and had an accident. B then asks A if it was a serious accident and whether C is ok. B had not made the logical deduction that C could not have driven home without wheels and is talking about an impossible event. So savikalpa samAdhi could be translated as samAdhi with imagining, while nirvikalpa is without any imagining.

nirvikalpa samAdhi  is spoken of in Patanjali’s yoga sutras (written around 1st or 2nd century BCE). There is little mention of it in the Vedas or in Advaita texts until the bhAmatI commentary on Shankara’s bhAShya on the Brahma Sutras. (The bhAmatI and vivaraNa schools of Advaita developed post Shankara and diverged on a number of issues.) According to Michael Comans, vAchaspatimishra (the author of bhAmatI) effectively spread the idea that knowledge of brahman comes from a ‘long and sustained process of meditation’. He (Michael Comans) points out that the original (Yoga) purpose of samAdhi was to eliminate the ‘wrong knowledge’ and thereby free the individual puruSha from its contact with prakRRiti (Yoga is very similar to sAMkhya philosophy). In contrast, the bhAmatI interpretation, now adopted by Vivekananda disciples, claimed that it was the means to gain realization of the non-dual reality.

Sankhya and Yoga philosophies actually use slightly different terms: savikalpa samAdhi is called saMpraj~nAta samAdhi. The word saMpraj~nA means ‘to know perfectly’ and it is a state in which the buddhi is totally absorbed in contemplation of a particular object. It is sometimes translated as ‘distinguished’. It is ‘perfect’ in the sense that everything else is excluded including the awareness of the contemplation itself. nirvikalpa samAdhi is called asaMpraj~nAta samAdhi because even the knowledge of the object disappears. It is translated as ‘undistinguished’ and may be described as ‘superconscious’. Only the puruSha remains, with the mind effectively absent. In the Yoga Sutras, saMpraj~nAta samAdhi is divided into four more types, corresponding to the divisions of prakRRiti: meditation on gross objects, savitarka samAdhi; on subtle elements, savichara samAdhi; meditation on the sattvic mind without objects, sAnanda samAdhi; meditation on the sense of ‘I’ alone, sAsmita samAdhi. And there are further subdivisions relating to the 25 tattva-s or principles. One has to sympathize with Max Müller in his ‘Six Systems of Indian Philosophy’, where he says: “Such divisions and subdivisions, which fully justify the name of sAMkhya (which literally means counting, reckoning or summing up), make both the Sankhya and Yoga philosophies extremely tedious, and I shall in future dispense with them…”!

Advaita borrows a number of elements from Sankhya and Yoga philosophies. For example, the teaching about the guNa-s is essentially from Sankhya (although Sankhya treats them as actual physical parts of prakRRiti, whereas Advaita regards them as merely attributes). And the satkArya vAda theory (which is that the effect is pre-existent in the cause) is used in the initial stages of the teaching, although it is later rescinded. Furthermore, Shankara is happy to make use of the initial practices of yoga, referred to in Patanjali’s Yoga Sutras as rAja or aShTA~Nga yoga. These include the moral injunctions (yama-s), such as not injuring others, being truthful and modest, not stealing and so on; the obligatory standards of behavior (niyama-s) such as purity of mind, austerity and studying the scriptures; the asana-s and prANayAma of haTha yoga etc. There is much similarity and overlap with Shankara’s advocated sAdhana chatuShTaya sampatti (which stem from the Brihadaranyaka Upanishad, I believe) so they pose no problems.

But there is a danger in taking this too far, and considering nirvikalpa samAdhi as understood by Patanjali to be an aspect of advaita is definitely taking things too far. According to Advaita, nirvikalpa samAdhi is only a means for obtaining single pointedness of the mind (the samAdhAna of sAdhana chatuShTaya sampatti), not a means for knowing brahman.

But the most convincing argument for not including nirvikalpa samAdhi (in the Patanjali sense) as part of advaita is one I heard recently from Swami Paramarthananda. He argues that Patanjali, having written about this in his yoga sutras, and being regarded as the highest authority in the yoga philosophy, must obviously himself have experienced nirvikalpa samAdhi. Consequently, if its result is as has been argued by the neo-Vedantins, then Patanjali should be the greatest Advaitin ever. And yet his philosophy claims that there are many Atmans and that the world is real. So one has to conclude that his experience of nirvikalpa samAdhi led him to dualism and not non-dualism! Swami Paramarthananda’s last word on the subject is that we can happily be liberated without nirvikalpa samAdhi!