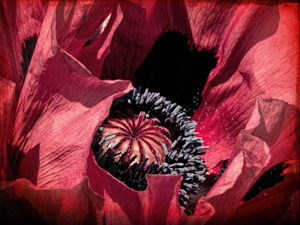 The ‘bottom line’ of Advaita is that there is only Brahman. The world with all its objects, bodies and minds, is mithyA – it is not real in itself but ‘borrows’ its existence from Brahman. Who-I-really-am is Brahman.

But all of this is already saying too much. We cannot actually say anything at all about Brahman. We ‘know’ it by ‘being’ it; that is all.

This, then, is the ‘final’ message of Advaita. Advaita is a teaching methodology that functions by removing all of the misunderstandings about the world and our ‘real Self’. It progressively removes Self-ignorance (neti, neti) until the time comes when the intellect can make the intuitive leap to a realization of that final truth which is beyond words and concepts.

The teaching utilizes various devices to enable us to remove misconceptions. These might be stories (e.g. ‘tenth man’), metaphors (e.g. gold and ring, wave and water) or more elaborate ‘prakriyA-s’ such as pa~ncha kosha or avasthA traya. The purpose of all of them is to draw attention to a particular aspect of the way in which we presently think about the world, and then to show by examination (comparison etc.) that we might be mistaken. In each case, by making us look at the situation in a different way, we advance our ‘non-dualistic outlook’.

But these new ways of thinking about the world are themselves only temporary, to help us to readjust our mental boundaries. They, too have to be discarded eventually because, as pointed out above, we can never truly ‘understand’ any of it. Once they have served their purpose, we drop them – adhyAropa-apavAda.

There are several potential pitfalls in this procedure:

So, what is the reason for this harangue?

We all know (even if we do not yet accept) that, in reality, there has never been any creation. This is the ultimate message of Gaudapada’s kArikA on the Mandukya Upanishad – read my book ‘A-U-M: Awakening to Reality’ if you want to find out all about it.

Various Upanishads present slightly differing descriptions about how the world was seemingly brought into existence. These all fall into the category of what is referred to as ‘sRRiShTi dRRiShTi vAda’.  This can be simply summed up as ‘the world was created, and then we perceived it’. It is how Shankara and his contemporaries initially explain things, as part of the adhyAropa-apavAda teaching, until the time comes to admit to ajAtivAda.

But there is effectively another, different explanation given in the Chandogya Upanishad in the so-called vAchArambhaNa shruti. Here is how I described it in ‘A-U-M’:

The Chandogya Upanishad (6.1.4 – 6) says that any product is only a new word: “just as, through a single clod of clay, all that is made of clay would become known, for all modification is but name based upon words and the clay alone is real…” (This is known

as the vAchArambhaNa shruti – meaning ‘depending on mere words or some merely verbal difference’ – and is a very important text in Advaita.) The making of the pot is simply changing the form of the clay and giving it a new name.

In the same way, then, when the world and the jIva come into being, all that is happening is that Brahman is acquiring new forms and new names to go with them. But, before, during and after, all that actually exists is Brahman.

So it is certainly true to say that language helps to perpetuate the illusion of duality even if it does not in itself cause it. There is no question but that language can only take place in seeming duality and its use inherently assumes another (to whom it is directed) and objects/ thoughts/ feelings that form the topic of what is spoken or written about. The cause of our failure to realize that ‘all-there-is is Brahman’ and ‘I am That’ is Self-ignorance. But it is only by skilled use of language, through shravaNa and manana, that we gain the Self-knowledge to remove that ignorance and bring about enlightenment.

The literal interpretation of what is said in the vAchArambhaNa shruti leads to the Idealistic concept of dRRiShTi sRRiShTi vAda – I see Brahman in front of me but impose name and form upon the non-dual reality, thereby effectively bringing a dualistic creation into existence. This view was promoted by a 16th century Advaitin, prakAShAnanda, in his work ‘vedAnta siddhAnta muktAvalI’ but it is not mainstream Advaita. Although Shankara discusses the vAchArambhaNa shruti at length in his bhAShya, he does not explicitly speak of dRRiShTi-sRRiShTi. There is no need for him to do so. The purpose of vAchArambhaNa is to explain to the reader that he himself is ‘projecting’ duality as a result of his Self-ignorance.

So, by identifying an effective ‘theory’ of creation from this scriptural teaching, it seems to me that the authors already go too far. Instead of deriving the ‘message’ (tAtparya, purport) from the teaching (namely that our Self-ignorance is the reason for our interpreting what we perceive as dual, and that in reality there is only Brahman), they get waylaid by the device and begin to philosophize about that.

And that is the start of a ‘slippery slope’ because, if you follow the idea further, you really start to get bogged down! We have recognized that the ‘objects’ in the world are only forms of Brahman, to which we assign names, thereby giving an appearance of duality where there is none. But logic dictates that this has to apply to other people as

well (and to our own body-mind) – it means that ‘I’ am the only jIva. This, in turn, means that the world (and ‘other people’) will disappear as soon as I get enlightened. This theory has its own name – eka jIva vAda – and is not explicitly referred to until later still, principally in the work siddhAntalesha-saMgraha by Appaya DikShita in the 16th century CE.

2 thoughts on “The devil’s teaching part 1”