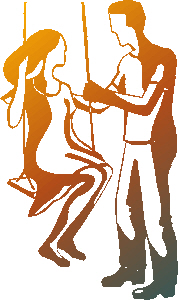 I am still in the process of writing my next book on the Mandukya Upanishad and kArikA-s. I have just written the following section on the concept of ‘difference’. Since I posted a query to the Advaitin group, relating to what Swami Paramarthananda had said on the topic, I concluded by sending the completed section to the group. Accordingly, I am also posting this here.

In his commentary on this kArikA (2.34), Shankara touches on the logic of this concept of ‘difference’ and Swami Paramarthananda expands upon this. What, he asks provocatively, is the color of the difference between red and blue? Clearly, it is potentially a very important topic since, if it could be proven logically that the idea of ‘difference’ is incoherent on examination, it would effectively demonstrate the non-dual nature of reality. Numerous post-Shankara philosophers have looked into this and formulated involved arguments. There is extensive material in the post-Shankara texts of brahmasiddhi, iShTasiddhi, tattvashuddhi, khaNDanakhaNDakhAdya and chitsukhI/tattvadIpikA but, having looked at these, they seem too impenetrable to study in detail. (No references are given for these – you really don’t want to read them!)

One of the arguments claims that, for knowledge to arise, there has to be a pramANa and this certainly sounds reasonable. But it then goes on to claim that, since difference cannot be located in either A or B, there is no pramANa and therefore there cannot be any knowledge of it. But a pramANa is not required. We have pratyakSha pramANa for the knowledge about A and the same for B. The intellect is then able to discriminate and conclude that A is not the same as B. This ‘not the same’ is what we call ‘difference’. I feel that this is one of the sorts of issues that Wittgenstein must have looked at. It is a case of our use of language generating a seeming problem which is really not there at all.

It seems to me that we can happily accept ‘difference’ as being an empirical fact of life without doing injury to the concept of Advaita at all. Words mean whatever we define them to mean – and we all know what is meant by the word ‘difference’. As evidence of this I can truthfully say that, in all the 30+ years that I have lived in this house, I have never tried to enter my neighbour’s house by mistake. And, when I go to sleep at night, I always do so in the bedroom and not the kitchen.

If I go into my living room, I see a brownish shape directly ahead and a greenish one to the right. Then I put on my spectacles and they resolve, respectively, into a table and a plant. The table has a bulge in the middle which, on closer examination, is seen to be a book. If I pick this up and open it, I further discover that there are many different pages, and each is filled with many different words. The plant has leaves which are clearly green. But, if I examine one of these leaves through a powerful microscope, I find that this green is not at all uniform, being constrained to just some of the many different structures within the leaf.

And so on! You might just notice that this sort of analysis bears more than a passing resemblance to the one carried out in the introduction, where the word ‘mithyA’ was introduced. The point is that it becomes impossible to isolate that characteristic that differentiates one ‘object’ from ‘another’. By removing petals and stamens etc, we cannot find in which part the ‘flowerness’ resides (see http://adbhutam.wordpress.com/2009/07/25/attributes-and-substantive/ for an excellent article on this topic). And a flower, reduced to its subatomic particles looks pretty much the same as a paperclip. Every seemingly separate thing is ultimately nothing other than name and form of Consciousness. Basically, all words relate to empirical, not absolute reality!  And apparent ‘difference’ is seen to be nothing more than a practically useful fiction.

Another approach could use the rope-snake metaphor and claim that any (seemingly separate) thing that we see is not what it appears to be. We are making a mistake, as a result of our ignorance. Just as we think the rope is a snake, so we think that there is a book, a table, a room, a house etc. In fact there are not many things here at all. There are no ‘things’ at all; there is only turIya-brahman. This error (superimposing a mistaken or illusory entity onto the actual, real thing) is called adhyAsa.

I expect to complete the book next year sometime so that it should hopefully be published early 2015.