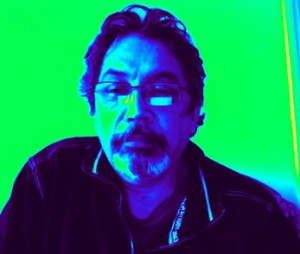 It’s always wonderful when a dormant giant wakes. And it’s nice to be able to play a role in  keeping it going. So welcome to Advaita Vision

I must confess to having had a sheltered journey so far: I found a school that was being guided by a teacher who they said was the ShankarAchArya of Jyotir Math, they practiced meditation, they studied Gita and Upanishads, they taught Sanskrit. So I was pretty comfortable in the belief that, not only was I following a traditional path, but there was no other path. Little did I appreciate that all these ingredients don’t necessarily add up to a traditional path. And only after coming into contact with this site a couple of years ago did I realise that there were several approaches that purport to teach advaita, the ‘philosophy’ of non-duality: direct path, neo, Western satsang, etc.

It is only since coming in touch with traditional advaita, as taught by Swami Dayananda Saraswati that I realised how different each approach really was: what once seemed like nuance, now loomed like a chasm. Needless to say that adherents of each of the different streams all claim that their way, their teacher, their group, is the real deal. And that it leads’ all the way’. And so do the traditionalists.

I’ve therefore decided not necessarily to take on any of these ideas head on (and that includes the plethora of other ideas that claim to be spiritual from channeling, to past life stuff, to crystals, angels and more like these). All this blog will do is present a viewpoint: I will simply attempt to present the way I have come to understand things.

I claim to be no different from any reader and thus invite a robust challenge to the things I write. I’ll leave this opening salvo with a thought from Swami Dayananda which cuts across most people’s ideas and blew my socks off:

Neither experience nor knowledge can destroy the perception of duality.

Advaita Vision is the new title of www.advaita.org.uk, which is currently being redesigned and overhauled. It is also, via the URL www.advaita-vision.org, the specific link to the Blog section of the site. You can reach it either by entering the link name in your browser, or by clicking on ‘Blog’ in the top menu bar at the main site. (N.B. This latter route will initially only work from the Home Page!)

I am joined in this endeavor by the following, who will be helping with aspects of the site and also providing regular blogs:

All have previously submitted material to the site and were, until November of last year blogging for Advaita Academy. Peter and I were also trustees for Advaita Academy but have now left so that we can devote all our efforts to this new venture.

More, general information will be provided here over the next few weeks but for now – enjoy the blogs!

For my own submissions, I will be beginning with a series drawn from the ‘akhaNDAkAra Newsletter’ which I produced 2 – 3 years ago. This was for a fairly restricted circulation so that most will not have read them. It also gives me the opportunity to provide some quality posts without having to do any work! (Or rather, it will enable me to devote my efforts to reworking the site. The first set is on the topic of Free Will, a perennial favorite!