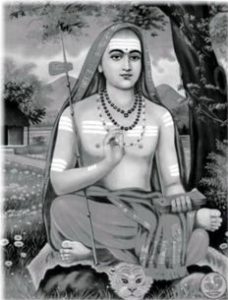 We all know that the shruti predominantly adopts the model of adhyAropa–apavAda (superimposition – sublation) in imparting the incommunicable Advaita message. There are other types of models and prakriyA-s also available in the scripture and tradition but they do not seem to be as popular. The adhyAropa–apavAda model superimposes an “imagined” or illusory creation on the really real Reality and as the student ingests the core Advaitic teaching, the superimposition is sublated. We find, however, that the shruti spends more time dealing with diverse aspects of the superimposed creation (birth, sustenance, death, action, fruits of action, rebirth etc.), the sublation being left to the ingenuity of the student as s/he reaches her/ his final understanding. One teacher estimates that Shankara in general devotes 90 percent of his time in most of his works on expiation of the Advaita doctrine and the attendant practices, leaving only a minor part on sublation and the outcome of the practices. This situation in some quarters has given rise to an insistence that the shruti teaches creation and that we have to take only the shruti vAkya-s and Shankara’s commentary on them as the pramANa (reference standard) for understanding the Advaita message forsaking other methods and vAkya-s in the scripture. Is that the intention of shruti?  What is the final position of the shruti about creation from an Advaita perspective? END_OF_DOCUMENT_TOKEN_TO_BE_REPLACED