Advaita Vedaanta explains the creation of the world by the theory of vivarta. (…) According to Advaita, the effect is not an actual transformation of the cause. Brahman is immutable and there can be no transformation of it. It only serves as the substratum (adhishThaana) for the appearance of the universe, just as the rope serves as the substratum for the appearance of the illusory snake.

But there is a vital difference between the illusoriness of the rope-snake and that of the universe. While the snake is purely illusory, or praatibhaasika, the universe has empirical, or vyaavahaarika, reality. That means that the universe is real for all those who are still in ignorance of Brahman. It loses its reality only when Brahman is realized as the only reality and as identical with one’s own self, or, in other words, when identification with the body-mind complex completely disappears.

Bondage is nothing but identification with the body-mind complex. This identification being due only to the ignorance of the truth that one is really the aatmaa, which is the same as Brahman, it can be removed only by the knowledge of one’s real nature as Brahman.

The Supreme Brahman is both the material as well intelligent  cause but unchanging;

The creation is transfiguration and not production of a thing not  existing before or transformation. 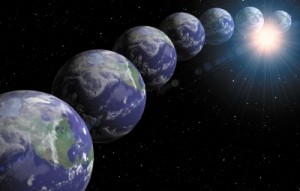 All three are advaitic in nature and based on Vedas. So no one school needs to criticize the other two.

From a post of Br. Pranipata Chaitanya in the Yahoo Advaitin group (March 2009)

“Dogmas, doctrines and progressive paths which promise eventual enlightenment, or Nirvana, or the Kingdom of Heaven, through sacrifice, discipline, refinement and purification of the self, appeal tremendously to that within the seeker which feels unworthy. Hence, the power of classic religion and teachings of becoming. Traditional Advaita is just another one of these.”

“I would define a ‘true sage’ conceptually as a human organism in which the sense of separation as the author of their actions is gone. It is a human being for whom the belief – and it is a false belief – that they are the centers of the universe, the authors of their thoughts and their feelings and their actions – that belief is absent in a True Sage.

Neo-Advaita picked up this teaching from traditional Vedanta.  It is called neti neti, not this, not that.  Bascially, all that Neo-Advaita has is neti neti, but it is not actually properly understood by the teachers. Negating the mind can take you quite a way, but it cannot close the deal because the denial of the apparent reality is not tantamount to the hard and fast realization “I am limitless non-dual ordinary actionless awareness.”  And the removal of the apparent is not accomplished by BELIEVING in this teaching, by mindless denial.  It only comes about by intense self inquiry, applying inquiry to everything that happens in you on a moment to moment basis.

This apparent reality teaching is quite sophisticated and I cannot do it justice here.  James Swartz Interview in non-dualitymagazine (capital letters added)

Most people like to believe something is or is not true. Great scientists tolerate ambiguity very well. They believe the theory enough to go ahead; they doubt it enough to notice the errors and faults so they can step forward and create the new replacement theory. If you believe too much you’ll never notice the flaws; if you doubt too much you won’t get started. It requires a lovely balance.

In other words, devotion can be defined as the search for the reality of one’s own Atman. 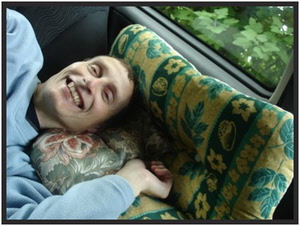 As Consciousness You are already awake and aware. In the play of life when there is exclusive focus as the individual, Your true nature is forgotten and there is complete involvement in searching for enlightenment or awakening. But You already are aware, already completely awake; it’s simply that this is veiled by appearances, the story of ‘me’ as an individual.

Whenever Your true nature is remembered the spell is broken. The pursuit of enlightenment is clearly seen as nothing more than the cosmic lIlA. Awakeness is already the case under all circumstances, regardless of contrary appearances in the play.

The guru and the disciple appear as images in the cosmic lIlA – the play of life. Maybe the storyline in the play is that through grace the disciple receives the blessing of the guru, and for as long as there is entrancement with the story of ‘me’ this can be an enthralling drama. In actuality though there is no transmission of anything from one to another because there simply isn’t anyone.

No one becomes enlightened because in actuality there isn’t anyone. Only within the story in the play of life does striving to transcend individuality appear to have validity.

There is no individual that could become enlightened; no one that needs to attain or realize anything. The drama of striving to achieve enlightenment through various practices is limited to the play of appearances. What practice is needed to simply be? 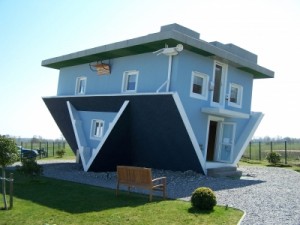 I am posting this quote vom Yoga Vasishta because it perfectly fits the topic of this month.  Unfortunately I do not have the exact references, so I am asking anyone who has it to let us know and possibly fix the translation if it is not correct (dear readers, please check the comments).

Because the substratum (Infinite Consciousness) is real, all that is based on it acquires reality, though the reality is of the substratum alone. The universe and all beings in it are but a long dream. To me you are real, and to you I am real; even so the others are real to you or to me. And, this relative reality is like the reality of the dream-objects. Page 71

Whatever there is here which exists and functions here is real to the self and not to another who does not perceive it and is unaware of it. Therefore, all these creations and creatures that exist within the field of the energy of consciousness are true to the perceiving self and are unreal to the non-perceiver. All the notions and the dreams that exist in the present, past or the future are all real, because the self which is the self of all is real. Page 574

One can say that this world-appearance is real only so far as it is the manifestation of consciousness and because of direct experience; and it is unreal when it is grasped with the mind and the sense-organs. Wind is perceived as real in its motion, and it appears to be non-existent when there is no motion: even so this world-appearance can be regarded both as real and unreal. Page 88

Your consciousness of your world is all there is to your world.

Consciousness isn’t a word. It is literally the very “Substance” wherein all existing goes on. Consciousness is actively aware and alive as all Presence, the only real “Place” there is. It is the one, essential “Stuff” without which your everyday affairs and entire universe wouldn’t even appear to exist.

Consciousness has to be Reality, for nothing else is really being to be Reality. Reality isn’t a far-off state one ultimately becomes conscious of. Reality simply is what really is—which is Consciousness effortlessly being, right here, now.

Consciousness is All, Ch. 1