Is every action predetermined or is there free will?

The notion of ‘free will’ is of Jewish-Christian origin, and is the other side of the coin which refers to that other nostrum – ‘(the problem of) evil’, which complicates things even more. God, being the summum bonum, is not responsible for evil; therefore that responsibility falls entirely on (fallen) man.

There is no notion in Plato (and generally among the ancient Greeks) of the concept of ‘free will’, in the sense of a faculty of the soul which determines a particular course of action – choice, in other words. Rather, it is an inclination or appetite (desire) which motivates action and is either for the highest and noblest aspiration in man, or for his lower preferences (they correspond to Being and Becoming respectively). When the inclination is towards the Good, Plato calls it Eros. This account of ‘good will’ was preserved in St. Augustine (dilectio or caritas).

A similar view can be found in Br.Upanishad 4.4.5: “Man is fashioned by desire; according to his desire is his discernment; according to his discernment he does his work.” Also: “For just as men here below pursue the aim after which each aspires, as it were done at command, whether it be a kingdom, or an estate, and live only for that, (so in their aspiration for heavenly rewards they are the slaves of their desires” – Chand.Upanishad 8.1.5). Paul Deussen, in ‘The Philosophy of the Upanishads’, from which I just quoted, concludes: “The standpoint of the Upanishads, therefore, is a rigid determinism”.

That judgment, however, should be applied only to the empirical viewpoint of the everyday world, not to the higher one, where Atma (-Brahman), the only reality, reigns with absolute freedom, if one can say that. ‘That Thou art’.

The दक्षिणाम्नाय श्रीशारदापीठम्, शृङ्गेरी (dakShinAmnAya shrI shAradA pITham of Sringeri) launched with the blessings of Shri Bharati Tirtha Mahaswami, a modest “searchable” database of Shankara bhAShya-s on the three canonical texts of Advaita over six years ago – on the Shankara Jayanti on May, 20, 2014.

Without doubt it is a stupendous and fantastic job carried out by several dedicated workers from  The Sringeri Math at Srirangam;  The Sri Shankara Advaita Research Centre, Sringeri; Sriranga Digital Software Technologies, Srirangapatna and many others. The first offering of Advaita Sharada is a text searchable, extensively hyperlinked Internet edition of the Sri Shaankara Granthavali, published by the Vani Vilasa Press, Srirangam. It has been under constant improvement  ever since and since about a year ago, additional texts like prakaraNa grantha-s, commentaries and sub-commentaries have been added to it. There are also plans to introduce multimedia “Leveraging audio, video, commentaries, sub-commentaries, notes, tags and hyperlinks,” and “to provide a platform for in-depth research and additional learning for seekers, scholars and students.”

The link to the top page is:  https://advaitasharada.sringeri.net/

The page comes with 5 Navigation buttons at the top. They are: END_OF_DOCUMENT_TOKEN_TO_BE_REPLACED

Shankara leaves no scope for any doubt when he declares at the end of his commentary at 2.1.33, sUtra bhAShya, that “The shruti statement of creation does not relate to any reality, for it must not be forgotten that such a text is … meant for propounding the fact that everything has brahman as its Self.” (Translation by Swami Gambhirananda).

Shankara also asserts in his commentary on mantra 2.1.20, brihadAraNyaka: “Therefore the-mention in all Vedanta texts of the origin, continuity and dissolution of the universe is only to strengthen our idea of Brahman being a homogeneous unity, and not to make us believe in the origin etc. as an actuality.” (Trans: Swami Madhavananda).

He makes it abundantly clear in his commentary at 3.15, Gaudapada kArikA  that “Therefore, we have reasonably to conclude that the scriptural statements regarding creation, etc., are for the purpose of helping the mind to realize the oneness of Atman, and for no other purpose whatsoever. Therefore, no multiplicity is brought about by creation, etc. (Translation by Swami Nikhilananda.)

The 35th Sringeri Acharya HH Sri Abhinava Vidyatirtha was unequivocal when he told a disciple that “To cater to the doubts of such people (i.e. less advanced aspirants) as regards creation, the scriptures speak variously of origination. Scriptures are actually not concerned with creation at all.” END_OF_DOCUMENT_TOKEN_TO_BE_REPLACED

The uncompromising position of Advaita Vedanta is that “Nothing is ever born” as Gaudapada tells us in his mANDUkya kArikA (verse) at 3.48 and  repeats it for emphasis at 4.71. As many as four Upanishads wrap up the Absolute Reality from the Advaita viewpoint in the following verse which appears also in Gaudapada’s kArikA and Shankara’s vivekaCUDAmaNi : 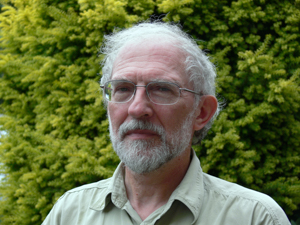 What are some essential self awareness exercises?

M. None, unless attention… Greg Goode (a Non-dualist teacher) recommends ‘Standing as Awareness’. That is the title of a booklet by him.

In Advaita Vedanta Gaudapada and Shankara did not recommend any exercises except, perhaps, Asparsha yoga (which means, ‘no-relationship – with anything), and only as a preparation for less-gifted students. All experiences derived from exercises, including Samadhi, are only temporary. Advaita is not Yoga, and there are no injunctions or exercises in it – only Intuition and reasoning based on it. There is the triple way or method: ‘hearing’ (the scriptures= Upanishads), reflecting on what has been read or listened to (if one has a guide or teacher), and contemplation (nididhyasana). That is all. (There are other answers to this question and the following one).

Will we as humans be able to distinguish between our conscious and electrical conscious?

M. I don’t understand what you mean by ‘electrical conscious’. Do you mean the electro-chemical signals between synapses in the brain which transmit and share information between neurons? That is only the physical basis or vehicle for consciousness. Consciousness is not a phenomenon, it is an (ontological) reality – ‘what is’ – beyond even conceptualization, and not physical. Consciousness is indescribable and unknowable by the mind (brain-based mind, again, being a vehicle or ‘transducer’), and, thus, a metaphysical or spiritual reality. 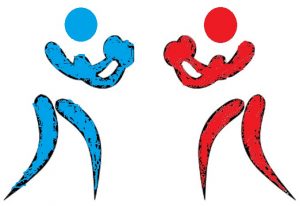 ‘eka jIva vAda,’ the Doctrine that says “I Alone Am” is a perpetually  fascinating as well as a perplexing topic in Advaita. It has been debated at many Non-dual discussion fora in the past, both online and offline. Enthusiastic seekers no doubt will continue to do so in the future, if for nothing else, at least as a part of their manana (reflection on the shruti vAkya learnt by them about jIvabrahmaikatva (Identity of the individual and brahman). We are no exception here at this site, thanks to the indulgence from Dennis.

Even though neither Dennis desired nor I anticipated, willy-nilly another round of discussion on ‘eka jIva vAda‘ got opened up triggered by a few observations Dennis made at his latest Post on “Q.394 – Becoming One.” First he raised a few questions, then two, and then one more. The last question was the inevitable left hook: What are the “scriptural references for EJV?”

That’s off my kilter. I jumped out of the rink. Had to look for succour. Fortunately there is help available from redoubtable experts, highly knowledgeable Advaitins. Instead of presenting them in the ‘Comments’ section of the thread, I felt that their answers to the query deserve to be posted as a separate Blog.

I am very grateful to Shriman LalitAlAlitaH, Shri Venkataraghavan and Shri Praveen Bhat for their kind and prompt response and for their ready consent to letting me post their views here. END_OF_DOCUMENT_TOKEN_TO_BE_REPLACED

Below is a compilation of two dozen + one of the Mantra-s/shloka-s from various shruti /smriti sources which form the Basic Foundation for the Concepts of Advaita. The selection is arbitrary and purely based on what appealed to me to be significant. Other learned seekers may like to add to or delete from or suitably emend this list in order to make it comprehensive and authentic. If any authoritative lists are already available in public domain (preferably online), a reference and a link to them will be appreciated. END_OF_DOCUMENT_TOKEN_TO_BE_REPLACED

ROLE OF “REPETITION” IN SPIRITUAL INSTRUCTION, PRACTICE AND UNDERSTANDING — 2

This is an alternative viewpoint regarding the role of “Repetition” in understanding the core message of advaita.  As it often happens, there is nothing like “the right perspective” in these matters. One may use one’s own discretion in evaluating these different points of view.

1.  There is no doubt that Repetition helps in getting a thing by heart or to memorize a quote, a mantra, a verse etc.

That means, we are making an operation (mostly those that involve neuromotor skills) into a more mechanically executed action – transferring a routine from being a cerebral activity to cerebellar activity.

3.  The ‘phala‘ (result) of certain ritualistic karma (like offerings made for the appeasement of gods, gaining merit etc.) is expected to increase proportionally with the number of times the ritual is carried out. (Please see Note: 2 at the end). END_OF_DOCUMENT_TOKEN_TO_BE_REPLACED

ROLE OF “REPETITION” IN SPIRITUAL INSTRUCTION, PRACTICE AND UNDERSTANDING — 1

All of spiritual instruction and learning has two aspects or dimensions:  The Theory and Praxis – a doctrine to understand and a method to practice, so that the former may dawn in the seeker’s mind as an experiential realization of his/her own. In advaita Vedanta the goal is to understand the Reality by dispelling the misunderstanding. The final understanding to arrive at is that there is no essential distinction between the jiva (individual self) and Atman (Universal Self), and further, that Atman, the Self, is Brahman (its cosmic extension, as it were). Here the two terms of the polarity, subject-object, get obliterated, given the intuition (anubhUti, akhandAkAra vRtti) that reality is One. Knowing and Being are no longer distinguishable from one another, when Happiness shines self-effulgently and this is encapsulated in the three-pronged expression, sat-chit-Ananda.

The method of imparting the above Non-dual message is usually by teaching (through gradual and progressive steps) so that the seeker intuitively grasps the Reality, the ‘what Is’. Normally a teacher is required for this education; otherwise, the scriptures (basically the prasthAnatraya; the purANas and specific treatises likes the prakaraNa grantha-s being the accessories) are the source to which one can access again and again. Saying ‘again and again’ implies repetition… or does it? Repetition of what? END_OF_DOCUMENT_TOKEN_TO_BE_REPLACED