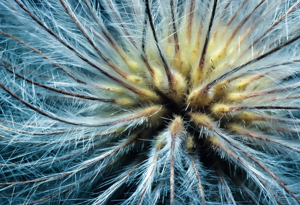 Positive ‘definitions’ of Brahman are given by such expressions as satyam j~nAnam anantam brahma, in the Taittiriya Upanishad. The words are to be understood as svarUpa lakShaNa, i.e. a definition that differentiates what is described from all other objects. The example often given for svarUpa, which literally means ‘own form or nature’ is sweetness, as being the svarUpa of sugar. But the word ‘sweet’ does not actually convey the quality of sweetness; it only works if we have had the experience of tasting something that is sweet – then there is no problem at all. In the case of Brahman, however, we cannot have the experience of Brahman because it is not an object of experience. Our understanding of Brahman comes from the shruti.

In the expression, Brahman functions as the noun with satyam, j~nAnam and anantam functioning as adjectives. But, as already noted, Brahman cannot have any attributes so that we cannot really use adjectives at all. Therefore, instead of the noun-adjective relationship [visheShya-visheShaNa], this is what is called a lakShaNa-lakShya sambandha [relationship between an indirect pointer and the thing to be defined]. anantam means eternal, limitless; satyam incorporates the ideas of truth, reality and existence, and j~nAnam means knowledge. But a simple translation will not do – this is where the guru needs to come in to ‘unfold’ the explanation step by step. satyam, for example, has to convey the meaning of absolute existence; anantam, free from all limitations of time and space; never changing; j~nAnam, pure awareness, consciousness (neither knower, known object nor means of knowledge), and again unlimited. And so on! END_OF_DOCUMENT_TOKEN_TO_BE_REPLACED