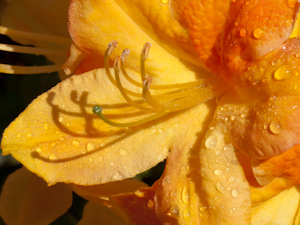 An Overview by C.S.Baskaran
(Part 3)

In spite of the contradiction pointed out to his theory as above, the Dvaitin contends further that by the same argument the principal statement “tat tvam asi” renders the indwelling self unreal, in which case what is the difference between the two sentences   “mind is Brahman” and “indwelling self is Brahman”? This is answered as follows:

Taking the first sentence “mind is Brahman”, the relationship between the two words mind and Brahman is that of effect and cause. Hence we understand the unreality of the effect – the mind – as in the case of  “pot is clay”. As for the second, the indwelling self can never be created and never be born – only the body has birth. END_OF_DOCUMENT_TOKEN_TO_BE_REPLACED