When life takes us from Seeking to Searching! 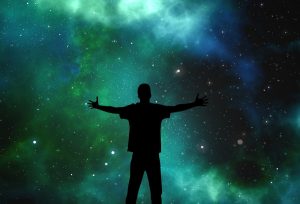 Life is a constant seeking for happiness and contentment by all (no exceptionso) in the following fields:

In the quest for preferably uninterrupted happiness through all transactions, all the time, everywhere and through everyone and everything we come in contact with, the early part of life frantically engages us in secular actions one after another mainly in the fields of pleasures and securities. As age and maturity catch up, some discerning peope start failing to see consistent happiness in material objects and relationships and slowly turn towards God and devotion, still seeking happiness there though! This shift now drives them to indulge in more sacred actions than secular like social service, pilgrimages, fasts and other austerities. Many don’t feel complete even after having sought Religion. They might have everything in life and yet continues an unexplained, nagging itch in the heart which wants something more. That itch may turn to questions– “Why do I seek relationships to make me feel loved, complete and happy?” “Why do I need the world(which includes situations, behaviour of people, etc.) to be a particular way for my happiness?” “Is this ever-changing physical body the real “I”?” “Why am I not comfortable with the idea of death and losing people I love?” “What is God?” “Is my purpose here just to eat, sleep and procreate or is there a greater meaning to all this?”

This seeking process doesn’t follow a specific linear order of progression for all but is an average blueprint for man’s general behavioural progress!

END_OF_DOCUMENT_TOKEN_TO_BE_REPLACED

Q: Self-Realization is a very rare occurrence – the Gita states something like 1 in a billion, and there are very few authentic, fully realized beings known to us, such as Ramana Maharshi, Nisargadatta Maharaj and a few others, (as well as the great anonymous ones). Granted, the world has changed and everything is much faster than it was, but this cannot surely apply to self-realization. The Neo-Advaitins’ awakenings or enlightenments cannot possibly be synonymous with the self-realizations of the great sages such as Ramana and Nisargadatta?

Also, the hallmark of the great sages such as those mentioned above is that they have a transparent, translucent quality that emanates contentment and  peace.  The Neo-Advaitin teachers that I have observed do not emanate peace, instead, they come across with their body-mind personality traits/baggage as either ‘manic’, ‘neurotic’, ‘depressed’, ‘nihilistic’, etc. The talking, and so much talking at that,  is coming from the mind, and not from “mauna”. It is more like a mixture of counseling, psychotherapy and psycho-babble rather than pragmatic Advaitin philosophy.

So my question is … has self-realization been dumbed down and redefined by the Neo-Advaitins, or do they not claim full self-realization, but only to be ‘awakened’ or ‘enlightened’?   Tolle comes to mind and Mooji, too… the talking never stops.