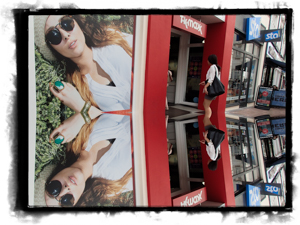 There was a carpenter in a village, who specialized in making wooden toys. He had a son aged four. One day, the carpenter took his son to the temple. The little boy took a strong liking to the temple elephant and wanted to take it home. The carpenter convinced the adamant boy that it was not possible. But over the next few days he made a wooden elephant of reasonable size using a high quality wood and gifted it to his son. By this time, the child had forgotten his passion for the live elephant, and was very happy to possess a toy elephant and started playing with it, imagining it to be a real one. The carpenter’s father who was watching everything, said in Tamil, “marathai marraithathu maamadha yaanai” (“மரத்தை மறைத்தது மாமத யானை”), meaning, ‘the elephant (image) masks the wood’, i.e., “the elephant is perceived and not the wood”. END_OF_DOCUMENT_TOKEN_TO_BE_REPLACED