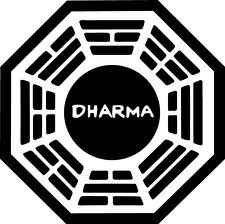 Everything that there is, is īśvara. That is why we can invoke mahāgaṇapati  in a small mound of turmeric and even worship a milestone as īśvara. For us, trees, rivers, mountains, pillars, vāyu, ākāśa, bird, insect, snake, anything and everything is īśvara.

Though there are many Hindu’s who might not understand the philosophy, ask even a supposedly illiterate villager as to where God is, and prompt will come his reply “God is everywhere”. It is only the Hindu religion where all its practices have arisen from its underlying philosophy.

There are a number of philosophies, both in the past and the present, from the west, such as those of Aristotle, Socrates, Satre, Descarte etc. which are not religions; there are religions such as the Abrahamic, actively practised and proselytized, which do not have any meaningful philosophy behind them. That we are able to worship īśvara in every form, conceivable and inconceivable, is an example of applied philosophy practiced as religion.

There are theologies that say there is one God. The problem with this thinking is which or whose “One God” is the true God. Everyone lays claims to their own God as the real, ultimate, and final one. It is this issue that has been plaguing the world. It is in the name of this issue that millions were persecuted in the past, and massacres are being committed currently.

We do not subscribe to this view of one God. We say there is ONLY God. All that there is, is only God; because he is the upādāna kāraṇa of this entire jagat.  kāryaṁ sakartṛkaṁ kāryatvāt ghaṭavat. Therefore, all that is experienced is God indeed; even the experiencer is God, for there is nothing other than God.

This jagat, which is īśvara sṛṣṭi, so purposefully and well created, functions in an orderly manner. There are a number of orders that govern the functioning of the world. Let is look at some orders in order to understand yet another dimension of īśvara.

īśvara is the very order manifest in the jagat. In the light of this vision, everyone in the world, everything that happens, all stand validated. There is no one to blame, there is nothing to feel guilty about.

I would like to draw the attention of the readers to a very important difference between our vision and other religions. While the others consider dharma as the mandate of īśvara, we consider dharma as the very īśvara manifest. dharma as God’s mandate, is open to (mis)interpretation. dharma as God manifest, is to be understood and abidbed by. This means we are always within īśvara. If it has happened, it is within īśvaras order, irrespective of whether we consider what happened as just or not.

We don’t ever see or experience a ‘world.’

Our capacity to detect anything  is confined to a limited bandwidth of certain characteristics (in a so-called world) using our sensory organs:

[Note: 1. The normally held view about our senses as given above is valid only in a broad way.  Modern scientific research shows that quite a bit of collaborative overlap exists in their actual functioning.  For example, eyes and skin also have a role in hearing;  nose and ears (and even lungs) assist the tongue in tasting etc. Embodiment takes place from multi-sensory input.

2.  Notice that we are not endowed with any sensory organ to detect ‘time.’]

END_OF_DOCUMENT_TOKEN_TO_BE_REPLACED

In the previous article, I had said that īśvara and jīva have to be understood in their entirety in order for us to understand the mahāvākya, tat tvaṁ asi. Over the next few articles, we will attempt to have a fuller understanding of who īśvara really is.

The most important understanding of īśvara is his dimension of being the abhinna nimmitta upādāna jagat kāraṇam. Its means the one who is the non-different intelligent and material cause of the jagat. END_OF_DOCUMENT_TOKEN_TO_BE_REPLACED

This Post responds to the Comments of 18th April made by Suka.

(Suka’s Comment in blue and my response in black).

S:  The argument tat pot is an illusion does not hold water, because pot does hold water.

R:  “Holding water” too is as much an illusion as pot or water!!

END_OF_DOCUMENT_TOKEN_TO_BE_REPLACED

This Post is once again in continuation to the discussions on my earlier Posts.

I shall try to answer the questions and clarify on some of the conceptual issues raised by our esteemed Colleague Suka in his Comments of the 15th of April.

That we have to necessarily use words to express ourselves is pretty obvious. But the words come with their own baggage especially when we use them in contexts that are non-quotidian and are hence liable to be understood or misunderstood in unintended terms. Therefore, it looks to me that I should begin with clarifying the meaning of some of the words, and many a time, this by itself, will have the potential to resolve some of the pending confusion.

Suka observed, inter alia, in his comments of the 15th April:

I)   “Traditionalists (do not) consider neither māṇḍūkya bhāṣya nor vivekacūḍāmaṇi as authentic works of śaṅkara for this very reason.” [I guess “do not” is a typo.] END_OF_DOCUMENT_TOKEN_TO_BE_REPLACED