(This article was originally published in ‘Yoga International’ magazine Aug-2011. I don’t think the magazine exists any longer, which is why no link is provided.)

During the past few years, an increasing number of scientists have claimed insight into the nondual nature of reality. These claims, however, ignore a fundamental truth: Consciousness falls outside the scope of scientific investigation. Therefore, by their very nature, such claims cannot be valid.

There has always been a degree of animosity between science and spirituality. The Catholic Church’s persecution of Galileo over his insistence that the Earth was not the center of the universe comes to mind, as does the current debate between Creationists and those preferring the more down-to-earth tenets of Darwinian evolution. It is encouraging, therefore, to see the growing number of books and articles written by scientists on the subject of nonduality. There is even an annual conference with the title “Science and Nonduality,” thus making it possible to explore these two avenues of knowledge in the same forum.

Paradoxically, both the power and the ultimate shortcoming of science as a tool for investigating the nature of reality lie in its objectivity. The scientific method of empirical observation and subsequent reasoning is something it shares with Vedanta, along with the acceptance of findings from those who have gone before (providing these findings do not contradict more recent discoveries).

Science has made a significant contribution to persuading people to consider that the world may not be as it initially appears to our limited organs of perception. At one end of the scale, the scanning electron microscope looks into the supposed solidity of the matter beneath our fingertips. At the other extreme, the Hubble telescope peers toward infinity into the swirling clouds of galaxies invisible to the naked eye. ‘Reality’ is far more subtle than everyday experience would have us believe. The hardness of the table on which I write is due to irrevocable laws regarding the spin of electrons and their sharing of orbitals around atoms. Massive energy sources in the universe result from entire galaxies being sucked into black holes. Our own senses are quite inadequate for the job of explaining the behavior of the world around us, whereas science seemingly can. END_OF_DOCUMENT_TOKEN_TO_BE_REPLACED

Q: So brahman is, ‘by definition’, that which is beyond mind, conceptualization, understanding etc. If one takes this seriously, not just metaphorically/allegorically, how can one validly say anything at all about brahman? E.g. Brahman is: unchanging, timeless, attribute-less.

If it’s unknowable, how can we know these attribute-less attributes about it? We are told that Brahman is real; we are Brahman. But if we can’t know Brahman, how can we know it is real or that we are it? Does it ultimately all come down to believing the conclusions and insights of the scriptures?

A: Brahman is not anything ‘by definition’, because we cannot define it.

It is true that you cannot, strictly speaking, say anything at all about it. All of these statements from the scriptures are simply pointers. You know what those words mean so that your mind can gain some insight. Ultimately, the accumulation of insights enables the mind to make that catastrophic (in mathematical terms) ‘rearrangement’ that we call enlightenment. The problem is simply that all concepts and objects are ‘known’ so cannot be Atman-brahman. Atman is the ‘knower’ and there would have to be another knower to know it. Since there is only brahman in reality, there cannot be anything else to know it.

But Atman is not something that is not known. Indeed it is known more intimately than any concept-object because we are the Atman. And the Atman is neither an object nor a concept. Here is what Sureshvara says (naiShkarmya siddhi III.47 – 48):

“Because the Self is of the form of constant awareness, it requires no second means of knowledge to reveal it; because it is without sound or other attributes it is beyond the sphere of doubt. The Self cannot be known through the empirical means of knowledge such as perception, etc, which are but phlegm coughed up by the thirst for life. Indeed, it is not a possible object of empirical cognition, since it is the innermost Self and since it exists for its own sake.”

Another reason is that all forms of perception are directed outwards, so that we could never ‘perceive’ the Self. And, since inference is itself based upon perception, we cannot infer the Self either.

So, yes, you are effectively right that, when it comes down to topics such as this, the scriptures are the final, indeed the only, authority. But it is not exactly ‘faith’ as this word is normally understood. The scriptures do not ask us to believe in anything that is unbelievable. That we are the Atman is effectively self-evident. What the scriptures tell us is that this Atman is Brahman.

* Note that I have posted a series of four articles, entitled ‘What is brahman?’ that discusses this whole subject and explains the two ways in which we can talk about brahman – svarUpa and taTastha lakShaNa-s, intrinsic and incidental definitions. The articles begins here: https://www.advaita-vision.org/what-is-brahman-part-1/.

Q: How do you teach Advaita to a blind person ? I am talking about a person who has been blind since birth, who has no vision of external reality/unreality. The adhyAsa bhAShya talks about superimposing the subject and the objects. But both subject and object are not perceived by a person who has been blind since birth. All that he/she would be aware of is taste, smell, sound, sensations. How would you proceed with such a candidate ? The theory of negating the superimposed almost fails for such a person, for he/she cannot ‘see’ or ‘perceive’ what is superimposed !

I am not saying the avasthA traya is not a good way to start here, the avasthA traya prakriyA holds good for even a blind person. That is, your dream is just like your waking state. But the problem is, there is no perception in either dreams, waking or deep sleep for such a person. Here’s a video that confirms that people who are blind since birth don’t see anything in their dreams : https://www.youtube.com/watch?v=XpUW9pm9wxs.

If you’re a jIvanmukta, I request you to close your eyes and then tell me if you can still get established in the self, you’d understand how difficult this is !

Thanks for any and all inputs on this subject.

Note: I am aware that Atman is beyond perception, but to know one has gone beyond perception is easy when one still sees and not when he doesn’t see. It’s just the same for a blind man. END_OF_DOCUMENT_TOKEN_TO_BE_REPLACED

Read Part 3 of the series

Objections to the theory
Other systems of philosophy claim that, although the rope-snake error is acceptable, the superimposition of anything onto the Atman is not possible. The argument is that any superimposition requires four conditions to be satisfied:

Accordingly, in the case of the Atma–anAtma , not one of these four conditions is satisfied. Therefore superimposition of anAtma  onto Atma, the fundamental cause of our error according to Shankara, is not possible – so says the objector. END_OF_DOCUMENT_TOKEN_TO_BE_REPLACED

Unlike modern, evolutionary psychologists, he believed that we are effectively born with no innate knowledge, a metaphorical ‘blank slate’. All of our knowledge and understanding is therefore built upon information derived from our senses. Everything we know or think about ultimately comes from experience. The limits of what we can know about reality are fixed by the abilities of the senses and the associated mental equipment. END_OF_DOCUMENT_TOKEN_TO_BE_REPLACED 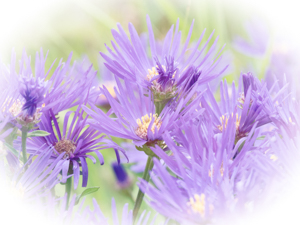 END_OF_DOCUMENT_TOKEN_TO_BE_REPLACED

Part 10 of the commentary by Dr. VIshnu Bapat on Shankara’s Tattvabodha.This is a key work which introduces all of the key concepts of Advaita in a systematic manner.

Part 10 looks at the five organs of perception and the six means of acquiring knowledge.

A (Dhanya): When I was a child, there was a TV show I liked to watch.  It was called ‘You Are There.’  As I recall, the show depicted a famous scene from history, and then ‘you’ (meaning in this case the narrator), magically showed up in the scene and got to ask the historical figures all sorts of questions.  (I guess I should Google it to make sure I recall the details of the show correctly).  Anyway, I do remember that I enjoyed the show, and often these days recall the title, because one could ask oneself the question, ‘How is anything known?’ and the answer would be because ‘You are There!’  The whole point of deep sleep in the teachings of Vedanta is to is highlight ‘You are There’  Your nature is consciousness, i.e. that by which anything is known.  The absence of any thing is also known.  Thus one can recall the fact that one slept well.  Why?  Because You are There. END_OF_DOCUMENT_TOKEN_TO_BE_REPLACED 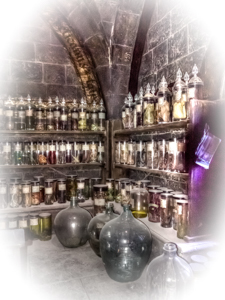