Truth will set you free: Time Does Not Exist by Hans Meijer 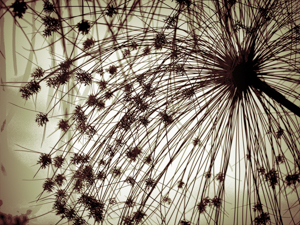 Why time does not exist

When we ask ourselves why we think time exists, most of us would say: because we see everything changing, always. And so it is: everything in and around us is constantly changing, from beginning until the end.

I don’t think that it is hard to see that the latter is correct. That which makes things change (the cycle of life) to a flower, a human being or an animal is set by the characteristics of that particular life’s form and not by an outer cause such as time. What we call ‘time’ is just a method for measuring the ‘perpetual change’.

Because of our need to measure this perpetual change we decided to divide the ‘cyclic changes’ such as seasons and day and night, into months, twenty-four hours, minutes etc. These well-known changes are caused by the ever-moving planetary positions within our solar system and not because there exists such a thing as ‘time’.

So, there are no minutes, but we decided that after counting 60 (seconds) we say that a minute has passed. Based on minutes we calculate hours, days, months, years, centuries etc.

But we also say: ‘it seems as if time has stood still (in that old village), nothing has changed`.

Actually there is only NOW – in which all that is manifested appeared, changes and disappears. END_OF_DOCUMENT_TOKEN_TO_BE_REPLACED

The 53 min long Physics Video on “Illusion of Time” is now available on Youtube.
If you have not already seen it, you should not miss as a Vedantin.
Please watch it to know the latest developments in Physics on What is Time, Time travel etc.  What does “Now” mean is covered from about 20th minute to 32nd minute.  There is nothing like a  ‘past’ that has given way to the ‘present’ in absolute one dimensional time.
As Dr. Albert Einstein said: “The distinction between past, present and future is only an illusion, however persistent. (In a letter to Michelangelo Besso, 21 March 1955).
One aspect not covered in the Video is this: It is easy to imagine for any one that the present “now” (at this moment) can develop into any number of different possible scenarios in the “future.”  Each such possibility could happen in one or the other universe out of multiple universes (H. Everett’s hypothesis).  Similarly then, because of time symmetry in physical laws, one can imagine that the present “now”  (as an outcome) has multiple possibilities in the past.  (One strange consequence is one can never be sure that one is definitely the child of only a specific couple!).
The Link:  Click  here.