Q: If I am daydreaming while otherwise consciously awake, meaning that I am caught up in a dreamlike narrative that is playing itself out while external sights or sounds are relegated to the background, is the daydream taking place in jAgrat or svapna? Is there, in other words, any overlap between the three avasthA-s?

A: Regarding intermediate states of consciousness, I have written a blog about this. Have a read and see if you still have any question – https://www.advaita-vision.org/states-of-consciousness-2-3-4-and-1-2/.

Q: Many Eastern traditions refer to what we think of as the waking state as a (subtle) dream. A dream in that things are not real in the sense that we think they are real. An elephant in a dream is dream-real, not waking-state-real. Similarly, an elephant in the waking state is not real in the sense we think it is either. It is a story, an interpretation, a creation of the mind.

Lucid wakefulness enables us to see this: that the waking-state elephant is just as un-real as the dream elephant. I see this as a third state of consciousness: not the default wakeful state, not the dream state, but the lucid wakeful state.

A: This highlights one of the principal problems of teaching advaita – use of language. Unless each key word is carefully defined and understood by the listener as was intended by the speaker, the ‘teaching’ will not work. Confusion and/or misunderstanding will result.

You know that there are three states – waking, dreaming and deep-sleep – and a non-dual reality, turIya. Any attempt to introduce further states can only confuse and will certainly not tally with traditional Advaita. Also, although waking and dream are both mithyA, waking is vyavahAra while dream is pratibhAsa – not the same! Try walking in front of a (waking) stampeding elephant if you don’t believe me!

How would it be described in traditional Advaita, this ‘ability’ to see that waking objects are mithyA? And totally, not just intellectually.

A: It’s called ‘Self-knowledge’ or (in modern terms) ‘enlightenment’. But it is still the waking state. 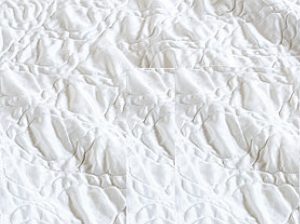 I do not know what this struggle about “stopping thought” is.

Everyone from the most intelligent to the dullest does it several times each night in deep sleep without any effort whatsoever!

It happens all the time when you are stunned by something sudden — a surprise, a life-threatening or life-enhancing situation, a beautiful object (person, scene, painting, art), in love.

Secondly, the world itself is a mentation (thought) — remember, the world includes your body-mind, mental thought etc.

Also, have you not observed that breath is closely related to thought — slow down breath, thoughts slow down; end breathing totally and thought ends – but that is called ‘death’ often. 🙂

Q:   “Thought is more or less running my life, instead of me just being…”

There is a subtle but a great mis-understanding in that statement. END_OF_DOCUMENT_TOKEN_TO_BE_REPLACED