There is no second thing separate from It which It can see.
– Brhadaranyaka Upanishad, 4.3.23

Through the mind alone is It to be realised. There is no differentiation whatsoever in Brahman.
– Brhadaranyaka Upanishad, 4.4.19

In me, the limitless ocean, let the wave of the world rise or vanish of itself. I neither increase nor decrease thereby.
In me, the boundless ocean, is the imagination of the universe. I am quite tranquil and formless. In this alone do I abide.
– Astavakra Samhita, 7.2, 7.3

The entire visible world, including mind, intellect, actions, Iswar, etc., disappear at the final ending of the Great Period (maha kalpa), i.e. at the time of Great Dissolution (maha pralaya). Space and time also become extinct at that position. The immutable substrate Brahman only will remain. It is not time, space, the five fundamental elements or any other thing. We cannot describe or define what it is. Only Knowers of Self can understand It. The rest of the folk has to take recourse to Vedic aphorisms to talk about it. 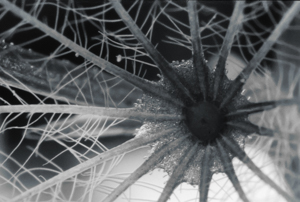 This is, of course, THE topic of Advaita – what else is there?

I posted part 1 of the 3-part essay, which I wrote back in 2009 on the subject of Brahman, last month. I will post part 2 within the next 24 hours.

I recently started looking at Shankara’s dakShiNamUrti stotram for the first time and encountered there a way of looking at tat tvam asi that I hadn’t previously encountered. jIvAtman is treated as Consciousness (tvam – you) and paramAtman is treated as Existence (tat – brahman – every’thing’). asi is aikyam – identity. You are That. Consciousness is Existence. Maybe others have studied this text and can elaborate?

[Love thoughts]… dissolve the belief systems that had created the false knowledge, in particular the arrogant belief, “I know something, I know things”. All I know is, “I am” and “There is something rather than nothing”. That’s all we know and all we can know; the rest is speculation. (p. 29)

Before its encounter with the truth, the old belief system was standing proudly on the beach, pretending to be a castle. Now it is only sand, waiting to be washed away by the wave of truth bearing down on it. (p. 98)

“Whatever knowledge we may obtain about anything other than ourself is indirect and therefore open to doubt. The only knowledge that is direct is the knowledge or consciousness that we have of ourself as ‘I am’, and hence it alone can be certain and free of all doubt.

Only when we attain true knowledge of our consciousness ‘I am’ will we be in a position to judge the truth and validity of all our other knowledge. Thus the belief that objective research can lead to true knowledge – a belief that is implicit in and central to the philosophy upon which all modern science is based – is philosophically unsound, and is based more upon wishful thinking than upon any deep or honest philosophical analysis.

All objective knowledge is known by us indirectly through the imperfect media of our mind and five senses, whereas consciousness is known by us directly as our own self. Therefore, if we seek true, clear and immediate knowledge, rather than attempting to elaborate our knowledge of objective phenomena by turning our attention outwards through our mind and five senses, we should attempt to refine our knowledge of consciousness by directing our attention selfwards, towards the essential consciousness that we always experience directly as ‘I am'”

“I would define a ‘true sage’ conceptually as a human organism in which the sense of separation as the author of their actions is gone. It is a human being for whom the belief – and it is a false belief – that they are the centers of the universe, the authors of their thoughts and their feelings and their actions – that belief is absent in a True Sage.

Of what nature is sraddha?  Trust in the words of the teacher and Vedanta is sraddha.

Quoting from Swami Dayananda’s commentary on the above verse from Tattvabodha:

Visvasa is trust, faith, in the words of Vedanta, vedanta-vakyesu.  What is that trust here?  That they are a pramana, a means of knowledge.  You give the status of pramana to the words of Vedanta.  You do not look at them as theory, speculation or philosophy, but take them as words that are an independent means of knowledge.  That is called visvasa.”

This type of faith is considered to be one of the qualifications for the gain of self-knowledge. There is a beautiful saying in the Bhagavad Gita that Swamiji quotes a lot ‘shraddhavan labhate jnanam.’  (Chapter 4, verse 39). END_OF_DOCUMENT_TOKEN_TO_BE_REPLACED

I’ve heard that in the sage, everything happens spontaneously.

Do you believe that the Understanding can happen to anyone?

I don’t believe anything.

There are no beliefs here.

Not at all. It’s really quite simple. You either know something or you don’t. If you know something, you don’t have to believe it’s true or have faith that it’s true; you know it beyond doubt, it simply is, and there’s no belief involved. On the other hand if you don’t know something, the honest thing is to simply say you don’t know. But of course there are many psychological and political and social reason why people can’t admit, even to themselves, that they don’t know something, so they create a belief; which is essentially saying that you don’t really know something is true, but you’re going to pretend you do. It’s all activity in the dream. There’s really only one thing which is not of the dream, only one thing that can be known, and that is the basic consciousness, “I Am.” Everything else is just a concept, a construct of mind in the dream, something “I don’t know.” Everything.

Okay, but can this Understanding happen to anyone, any body/mind?

Could it happen to me?

No, of course not. That’s the difference. But it could happen in the case of the body/mind organism which at the moment you think is you, and then there would be the understanding that there never was a ‘you,’ a ‘me’ for anything to happen to, and that who You are is the Consciousness in which all this appears to happen. The Understanding and the belief in a ‘me’ are mutually exclusive: if one is there the other will not be.

Neo-Advaita picked up this teaching from traditional Vedanta.  It is called neti neti, not this, not that.  Bascially, all that Neo-Advaita has is neti neti, but it is not actually properly understood by the teachers. Negating the mind can take you quite a way, but it cannot close the deal because the denial of the apparent reality is not tantamount to the hard and fast realization “I am limitless non-dual ordinary actionless awareness.”  And the removal of the apparent is not accomplished by BELIEVING in this teaching, by mindless denial.  It only comes about by intense self inquiry, applying inquiry to everything that happens in you on a moment to moment basis.

This apparent reality teaching is quite sophisticated and I cannot do it justice here.  James Swartz Interview in non-dualitymagazine (capital letters added)

The following is blog I posted in 2011 when I was a blogger of Advaita Academy. As all of the addressed terms concern our topic of the month “belief” I am publishing it here again (with small alterations):

When I trust in something I meet it with confidence; even without knowing its exact nature, I assume that it will not harm me, rather that it will be beneficial to me when I expose myself to it.

When I believe in something I meet it with a conviction to be existent; I also may not know its exact nature but there is not necessarily an assumption involved that it will be beneficial to me.

Trust invites devotion – devote what? Time, energy, other resources. Devotion to what? To something assumed to be benevolent.

Belief demands submission – submit what? Any convictions, insights, reasoning or intuitions that contradict the belief. Submission to what? To something assumed to exist.

Shraddha is one of the nine virtues that should be cultivated by an aspirant to Advaita Vedanta, i.e. shraddha is considered to be one of the most essential traits someone should own when embarking on the journey to discover his/her own true Self. Usually shraddha is translated as “faith”.

Now, in the context of Advaita Vedanta it seems to be crucial that shraddha as faith is explained, understood and associated with trust and devotion, not with belief and submission of one’s own reasoning capacities. This is especially important when addressing Western seekers.