Q: I have been reading and studying your website and Advaita Vendanta in general and I ran across a few questions while recently reading an article.

You wrote:
“Vedanta states that the search for happiness in the world is based on a mistaken idea about the source of happiness. The things of the world are seen as objects of one’s desire for achieving completeness and therefore satisfaction and happiness through actions directed at attaining those objects. Objects themselves are neutral, says Vedanta, but one projects a positive or negative bias on the object according to past experience and conditioning. As long as there is the belief that the objects of the world are the source of happiness the endless cycle of desire, action, result, and experience will continue, sometimes with disastrous consequences. “

Does this apply to goals that are not neccesarily objects but still something of the world? Like say for instance studying in college in a field you are interested in. If you are not just studying for the diploma itself and a high pay grade but for the love of the knowledge itself and for being more able to serve those around you would that still fall under mistaking the source of happiness?

I dont know if I am putting this the right way so I hope maybe you can understand what I am asking despite that. I just was wondering does Advaita Vedanta advise not having goals in life at all? Is it disadvantageous to the self to pursue goals in life? If desire for things outside of yourself doesn’t lead to happiness is it a mistake to desire knowledge and service to others as well?

Also, do you know where I could learn more about how western psychology and Advaita Vedanta are similar and different? Do you have any thoughts on this? I know western psychology is a very broad subject but didnt know if you know of any books or articles that relate the two. END_OF_DOCUMENT_TOKEN_TO_BE_REPLACED

Q: Does the psychological concept of dissociation have any role in advaita? In other words, the subjective experience of being detached, depersonalized, or wholly uninvolved in any given situation–is this the same as what advaita might call “awareness” or “just happening?” If not, how are they actually different?

A (Dennis): Who-we-really-are is not the mind; we are the Consciousness in which the mind arises. However, it is the mind of the person that realizes this in what is termed ‘enlightenment’ or (better) Self-knowledge. A mind that is not balanced and controlled/disciplined is most unlikely ever to be able to attain this Self-knowledge; it will be more interested in avoiding fear, satisfying desires etc. A mind that is unbalanced/disturbed etc is even less likely to be capable of assimilating the teaching of Advaita. As far as I understand the term ‘dissociation’, it refers to just such a mind – one in which the functions of the mind are out of balance, with some parts functioning normally and some not at all. So, no, it is not the same. 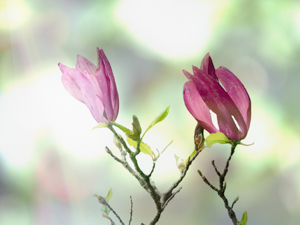 Everyone wants to be happy. This is the motivational force for everyone. The Vedas acknowledge this. The first part of the Vedas – karmakANDa – is effectively aimed at those who look for their happiness in external, limited, objects and pursuits; the latter part of the Vedas – j~nAnakANDa – is aimed at those who are looking to find the happiness within, through gaining knowledge of their true nature.

Here is a brief article from Ramesh Pattni, called

WHAT IS VEDANTA? VEDANTA AND THE PURSUIT OF HAPPINESS

The pursuit of happiness has been the foremost goals of humanity from time immemorial. There is, however, a diversity of understanding and experience of happiness across traditions and cultures around the world. Eastern traditions which offer great insights into the human condition and psychological processes, have a universal appeal which point towards attainment of happiness by different means.

The development of Positive Psychology in recent decades has focused on the study of happiness and wellbeing and examined evidence for the ways and means to happiness.  Currently there are two dominant Western approaches to human happiness and well‐being: Hedonic and Eudaimonic perspectives. The former is based on the idea that pleasure is the only intrinsic good, and obtained through the contact with the world of objects. The eudaimonic approach is that happiness is an end in itself and the highest good and based on a life of virtuous living and contemplation. END_OF_DOCUMENT_TOKEN_TO_BE_REPLACED

EXPLANATION
.
It was made clear at the beginning of this essay that what we mean by the “ego” (the “personality”), it being no more than a delusion, a false image or projection, cannot be a subject, except in a dream -and is itself a “dream”. We described the fight of the “ego” in its efforts at reaffirmation as an “unholy war”. That it is obviously the soul, the person, who is the subject of the delusion, the “dream” ; his/her’s the “holy war”, the suffering and the required effort towards reawakening (is not life itself a dream? –it is so for “fallen man”). The soul’s, the person’s destiny – and this is conditional according to the monotheistic religions – is to finally be “reabsorbed”, united or reintegrated , and thus liberated. Liberated not from itself (its Self!) by itself , not even from life, but from a false image of itself and of life (“the world”) due to ignorance (avidya).

It is thus through ignorance, passion and attachment, that individual man (non-gender term) has “become” an “ego”, a “dreamer”, until, or unless, he wakes up. Existence itself is a ‘becoming’, not ‘being’, according to Plato and all traditional thinking. This subject is otherwise inexhaustible, and here we may remember the saying of Râbi’a quoted at the beginning, as well as the utterances of so many other sages and mystics. END_OF_DOCUMENT_TOKEN_TO_BE_REPLACED 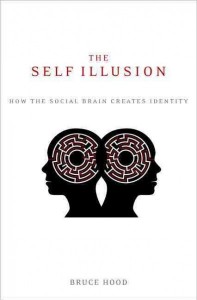 Prof. Bruce Hood is the Chair in Developmental Psychology at the University of Bristol, UK. He started off his graduate work in Psychology  a couple of decades ago studying the gaze of new born infants, tracking their eye movements and what excites them to take in the world they look at. From then on grew his curiosity to know how a ‘self’ gets ensconced in the innocent minds of the babies and grows to the Himalayan proportions in the grownup egos — some turning out to be Osama Bins or Hitlers and others, well, a you and a me. Bruce presents lucidly a captivating and absorbing narrative of not only his research findings but also that of a plethora of Psychologists and Neuroscientists from different parts of the world.  He does not, however, preach sitting on a high pedestal condescendingly giving the reader exercises for self-improvement as we usually find in the books authored by Psychologists. (In fact that was my peeve about the excellently written work of Gary Marcus, “Kluge: The Haphazard Evolution of the Human Mind”, 2009). 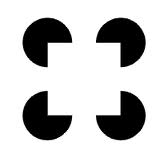 But how could he? As so well argued by him, rather to the consternation of many Westerners unaccustomed to this kind of thinking, there is no entity, a ‘self’, present in you waiting to be improved. “Most of us believe that we have an independent, coherent self – an individual inside our head who thinks, watches, wonders, dreams, and makes plans for the future. This sense of our self may seem incredibly real, but a wealth of recent scientific evidence reveals that it is not what it seems — it is all an illusion.”  He illustrates the point using the Kanisza square (see Fig 2). Yes, you see a square alright. But remove the four Pac-Men in the corners. Where is the square? END_OF_DOCUMENT_TOKEN_TO_BE_REPLACED