Here is the second extract from my forthcoming book on the Mandukya Upanishad and Gaudapada’s kArikA-s. It explains the symbolism associated with the cover image. This explanation occurs near the end of the book, since it utilizes concepts with which the reader might be unfamiliar (until he or she has read the book). But since readers of this site should certainly be familiar with the terms, there is no harm in presenting it here!

Now that we have almost concluded the unfolding of the kArikA-s, we can return to that cover image! The ‘hand-sign’ is not actually mentioned in the Mandukya Upanishad, nor by Gaudapada, though it is highly relevant. As I mentioned in the introduction, it is a gesture associated with the Sage who is said to be the first teacher of Vedanta – Dakshinamurti. As such, he was the head of the teaching sampradAya and did not himself have a teacher – i.e. he was already fully enlightened. He is also identified with the God Shiva. It is called chin mudrA or j~nAna mudrA (more usually chin), where chin means Consciousness and mudrA means sign.

It is often said that Dakshinamurti taught through silence. Of course, this would not make any sense. Silence can be interpreted in innumerable ways, few of which are likely to convey useful knowledge! But, once we have the knowledge, a symbol can convey a world of information, reminding us through memory of what we have previously learned. Witness the vast amount of knowledge which is now conveyed to you through the word OM.

The hand position shown on the cover of this book is another symbol of this sort. And it is highly relevant to the same knowledge.

Here is the symbolism:

I now have a firm publication date for the book, incidentally – it is September 25th. It is now available for pre-order. It is quite expensive, but then it also quite thick (431 pages).

The first extract from the book may be read here.

Part 15 of the New Book Serialization! Vasishta explains to the dreamer how the waking and dream states come into existence. 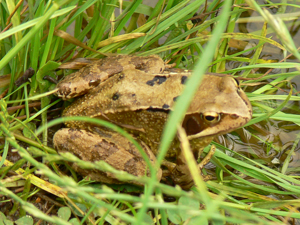 Here is Part 2 of a new, short series (5 or 6 parts) on the Mandukya Upanishad, from James Swartz.

This part introduces us to the three ‘experiencing entities’ – the waker, dreamer and deep-sleeper and to the distinction between microcosmic and macrocosmic.