Ever since the ‘study’ of consciousness began to be an academically acceptable area of research amongst scientists, both they and Western philosophers have been heading deeper and deeper into a conceptual cul-de-sac. At the root of the problem is the tacit assumption that science will (one day) be able to provide an explanation for everything. But, more specifically as regards this particular issue, the big ‘C’ of Consciousness must be differentiated from the little ‘a’ of awareness. The conflation of the two means that the true nature of Consciousness will forever elude them.

Below, I address some of the various misconceptions that are misleading many of the neuroscientists and philosophers in the field of Consciousness Studies. It is accepted that not all of these investigators will hold such ‘extreme’ positions (and a few are much more liberal in their approach). END_OF_DOCUMENT_TOKEN_TO_BE_REPLACED 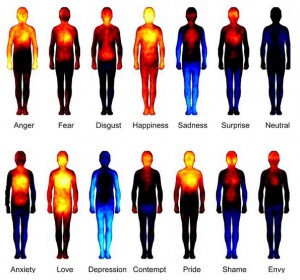 Imagine yourself to be the Sun God.

Think that your entire body — the face, limbs and all – is made out of the Sun-stuff, as though you are a 3-D cutout of the Sun disc.

Visualize yourself as the brilliantly shining, dazzling-to-the-eyes, bright person with boundless effulgence all around with an intensely white lustrous contour line along the edges to your shape.

(Hint:  As a first step, you may think of yourself as an astronaut completely covered in a space suit. Then imagine the suit shining like the Sun). END_OF_DOCUMENT_TOKEN_TO_BE_REPLACED