Part 50 explains the concept of sarvAtmabhAva – how upAdhi-s account for the apparent existence of many, even though there is only AtmA. And it explains how we can know ‘I’ as AtmA whilest still acting as an individual jIva.

There is a complete Contents List, to which links are added as each new part appe

Part 41 analyses the status of brahman vis-a-vis the world and begins the description of the pa~ncha kosha prakriyA. 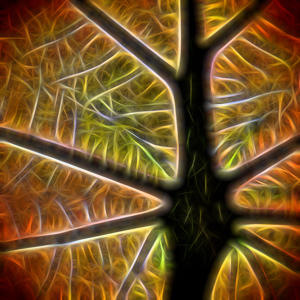 Read Part 2 of this article

What is ‘everything that is experienced’? It is the empirical universe, the world, jagat, which consists of everything we experience. Every object or content of consciousness is jagat, and this jagat is mithyā, depending upon sat-cit for its existence. Not only the gross objects, but also the subtle ones, like emotions, thoughts, concepts and so forth. There is literally no limitation to the possible contents of consciousness. Even when you say, “I found something that cannot be an object of consciousness” you have proven yourself wrong at the very instance, since this ‘something’ has to be already a content of consciousness to make the claim in the first place.

Is consciousness limited space-wise or time-wise? If yes, consciousness would be an object within space and time, having a certain location, a certain spatial and temporal expansion. But this is not the case. Consciousness is not an object within space and time. It is the other way round: Space and time are experienced in consciousness, so they are also mithyā. Furthermore, sat-cit is not limited spatially. Consequently, there cannot be two of them, otherwise they would have a spatial border. Therefore, sat-cit can only be one. If we apply this reasoning to time, the same applies. As time is mithyā to sat-cit, sat-cit cannot be dependent upon time. Hence, sat-cit is beyond time, which means it is uncreated, ajāti, and eternal. END_OF_DOCUMENT_TOKEN_TO_BE_REPLACED

Any appearance needs a basis to be experienced. For e.g., a rope snake in semi darkness, needs the substratum of either a rope, or a hose or a crack on the ground. In the absence of these, the snake will not be perceived. So also, a mirage needs a dry land and silver seen on nacre cannot be seen without it. All these, the snake, mirage and silver on the mother- of- the- pearl are not really existent, nor can they be called absolutely non-existent (since they can be experienced). They appear by borrowing their existence from the substratum. In other words they have dependent existence….no existence of their own.

To arrive at the truth, meaning to arrive at the basis of these appearances amounts to the appearances getting resolved. Once the rope is enquired into, the snake vanishes. The preconceived notions of, whether the snake was a cobra or not etc, will become irrelevant. Did the snake run away on gaining knowledge of the rope? The snake did not run away. The snake was an appearance. It is no longer seen as the truth. The enquiry into the basis resolves all wrong notions of reality given to appearances. Rope enquiry is not the same as snake enquiry.

So also, if one enquires into the world or the ego while being attached to them, one will not gain anything. It is the substratum that one has to enquire into. Many people get misled by the ‘who am I’ question. If one is overly attached to the body mind, the “who am I’ question is only going to give him material answers like; I am 6 ft tall, father of so and so etc. The enquiry is deeper than this; it is an enquiry into the very basis of the material existence.  Hence, enquiry into the self is enquiry into the substratum of the ego. That substratum has to be the reality.  Once that truth is known, the appearances of the world, body and mind are resolved. Do they disappear? Does a wise man see no world? A wise man does perceive a world. Just as we see the sun rise in spite of knowing that it actually does not rise, so also a wise man will see a world, will have a functional body and mind but will clearly know them to be unsubstantial.

Will the knowledge keep wavering? Will one face misery again? Knowledge once gained is permanent. The misery was born of ignorance. The appearances of duality and triads were taken as the reality. Post knowledge, the substratum is known as the reality. A wise person will never waver. He has gained a firm conviction of the truth as his own self. Though he transacts in the world, he can never regard it as real.

दर्शनमित्यवेहि = know as the vision of truth.

The scriptures have given out many methodologies for one to arrive at the truth. There is a synthesis between religion and philosophy; so much so that, for a lay man; philosophy is difficult (next to impossible) to be digested without religion. Religion as an independent dogma does nothing in the spiritual growth of a person. A person will remain the same insecure, ignorant mortal if he does not mature religiously as thought progresses.

To suit the needs of all people who are not ready for a dose of metaphysics, we have karma yoga and upAsana. One is engaged in activities and uses the very same activities to purify the mind and gain focus. END_OF_DOCUMENT_TOKEN_TO_BE_REPLACED

The ‘This-thoughts’ are thoughts corresponding to objects. ‘This-thought’ is variable, based on the object perceived.

Since these three are unreal, they are not eternal. They have a rising time and a disappearing time.

In the previous verse we saw that the world is dependent on the mind. This verse further elaborates it by stating the exact mechanism of the mind.

Hence, the appearance and disappearance of the world depends on the ‘I’ thought (ego). This is explained in the first two lines of the verse. This can be understood by considering the daily experience of sleep. In deep sleep, the mind (ego) is resolved. The ahankAra is temporarily not here. As soon as one gets ip, the mind is activated, the ego is ignited in the form of ‘I’. the ‘This-thoughts’ follow after this. The ‘This-thought’ does not directly come. The ‘I-thought’ is invoked first. The activities in the world are begun after this. Again, as soon as one goes to sleep, the mind is resolved and the the ego is not there temporarily. The ego gone, the world also does not exist. Hence, the world (this-thought) depends on the ego (‘I-thought’).

The third line of the verse says that the real thing (self) is the substratum for the birth and death of the world (‘This-thought’) and the ego (‘I-thought’). The mind rises and resolves int eh basis, the self. Hence the world and ego finally depend on the Atma. everything rises, in the self, is sustained in the self and resolves in the self. The ego, the ‘I’ thought, the ‘this’ thought and the objects are all unreal. They are mere words with no substance, since, the basis is the self and they have no existence apart from the self.  The clay pot, the clay saucer, the clay plate, the clay spoon are nothing but clay. The forms are incidental. There is nothing but clay. So also, the mind and world are mere appearances. The truth is the self. The consciousness in which all these shine alone is the truth.

The self is further explained as one, whole which has not birth and decay. The real thing has to be one since otherwise it would be finite. It has to be infinite and hence the whole. Being so, it has to be birth-less and decay-less meaning changeless. If it changes, it cannot be eternal.

The substratum on which the world, mind and its functions rise and set is the self. All except the substratum are unreal. The only truth is the basis behind the play.

The important lesson learnt in this verse is that not only should the world be negated as unreal but even the ego has to be included in the same category.

The word ahankAra (ego) is often misunderstood. In normal parlance, it means pride. It does not carry the same meaning in vedanta. Vedantically, ahankAra means the individuality, the notion of finitude. END_OF_DOCUMENT_TOKEN_TO_BE_REPLACED

The entire world and the whole gambit of transactions that take place within it are but divided only into five categories viz. sound, sight, smell, taste and touch. There cannot be any transaction beyond these five divisions. The world is rightly called prapa~ncha – a division into five categories (pa~ncha means five). The world therefore is five -fold based on the five sense organs. END_OF_DOCUMENT_TOKEN_TO_BE_REPLACED

(one has knowledge); kaH = who;  prapashyet = sees; sA dRRiShtiH = that

As long as, in oneself one has the notion of being with form, i.e. as long as one is identified to the body mind, so long, the world and Ishvara also will be considered to be with form.  If the self is without form, who sees? That vision, indeed is infinite and full.

It is the identification with the body which gives rise to different notions about oneself and the world. If one considers oneself limited to the body and mind then, naturally, the world and Ishvara are separate from him. Being separate, they are then limited and hence with form. So, a person having the wrong notion of oneself being the body will see a world which is limited.
END_OF_DOCUMENT_TOKEN_TO_BE_REPLACED

tattvAbhidhAnena = principles of the three tattvAs;  matam samastam = all philosophies;

sarvottamA = the greatest of all; aham mati shUnya = devoid of ego; niShThA =

All philosophies begin based on the principles of the three divisions of individual, world and Ishvara. The abidance in self, devoid of the ego is the greatest abidance of all.

All religions are based on the three divisions of individual, total and world. These religions culminate in some philosophy which again is based on this triad only. Theology sticks to these divisions and does not attempt to go beyond. END_OF_DOCUMENT_TOKEN_TO_BE_REPLACED