Q: There seems to be two ways to understand the mechanism of chidābhāsa:

1. Light (brahman) is reflected off the mind and illuminates objects so they can be seen and experienced.

2. Light reflects off objects and is refracted through the prism of the mind.

I’m guessing that 1 is preferred, because 2 assumes that there are objects for the light (brahman) to reflect off, whereas 1 implies that the objects are only ‘there’ because of the mind?

A: Each of the ‘explanations’ in Advaita is really just to move you a bit closer to the realization that there is only Brahman (and, consequently, you are That). You shouldn’t attempt to ‘join’ them together and try to make one ‘explanation’ ‘explain’ another.

As far as the ‘mechanism’ of perception is concerned, you certainly should not attempt to join an Advaita understanding with a scientific one! According to Advaita, Consciousness itself forms a vRRitti at the location of the object instantaneously (since Consciousness is everywhere). The speed of light, normally considered an inviolable restriction regarding visual perception, just isn’t relevant. Read Chittaranjan Naik’s book ‘Natural Realism and Contact Theory of Perception: Indian Philosophy’s Challenge to Contemporary Paradigms of Knowledge’ if you are interested. (I wrote a review of it at Amazon also.) Buy from Amazon US ; Buy from Amazon UK

Shankara does reference vācārambhaṇa shruti from Chandogya regarding our imposing name and form on Brahman but he also talks about Ishvara creating the universe. You really need to be aware of both and use whichever is appropriate! It is certainly true to say that, without the mind, you would not be aware of anything!

Part 49 explains how the mahAvAkya ‘tat tvam asi‘ produces knowledge of brahman via the akhaNDAkAra vRRitti in the mind.

I have a few questions on the concept and origin of the term akhaNDAkAra vRRitti. Will be grateful for any contribution and thoughts on my dobuts.

1.  Does the term “akhaNDAkAra vRRitti” appear in any major upanishads or Bhagavad-Gita? If so, where (citation)?

2.  Where and by whom was the term “akhaNDAkAra vRRitti” introduced for the first time in Advaita?

3.  Is the concept “akhaNDAkAra vRRitti” an attempt to extend the process of ‘Object cognition’ by the mind as explained in Vedanta Paribhasha to the stage of Self-realization?

4.  Does it occur prior to (and hence causal to) Self-realization or is the term “akhaNDAkAra vRRitti” a post hoc  explanation of  a presumed process that might have occurred in the mind on Self-realization?

5.  Does the term have a practical utility for a seeker as a sAdhana tool? If so how? 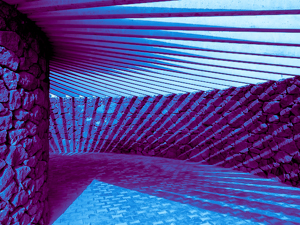 As noted in Part 2, we have three experiences in the deep-sleep state: 1. I exist, since I say I slept well; 2. I have the knowledge of homogeneous ignorance, since I say I did not know anything; 3. I was happy or I did not experience the pains of BMI, since I am not conscious of the BMI or any duality. The question remains: if the mind is not there, then who experiences these and who recollects these experiences on waking up, since the experiencer and the recollector have to be one and the same? These appear to be puzzling questions that need to be addressed. Who is going to provide the answer to this – a sleeper or a waker? For this, scripture alone becomes a pramAna, or means of knowledge, since the mind that uses logic cannot provide the answers. No objective tools can be used or would be valid to analyze the deep sleep state, since all objective entities (apart from ignorance) are absent in that state. Hence, objective scientists also have no tools available for investigation. These aspects have to be clear even when we are studying the opinions of other philosophers such as Shree Atmananda-ji , unless these opinions are shruti based. END_OF_DOCUMENT_TOKEN_TO_BE_REPLACED

Q: Can one ever KNOW that reality is non-dual?

(i)   YES, The moment you can grasp tight your reflection in the mirror!!!
(ii)  No, you cannot know it like you know the salary you get.

(iii) Yes, you cannot ever NOT know it; what all IS, is your perception alone.
(iv)  No, if you place yourself aloof trying to know it as a distant object.

(v)  Yes, you know It in your deep sleep.
(vi)  No, if you want to measure and compare to duality. END_OF_DOCUMENT_TOKEN_TO_BE_REPLACED