The End of Quantum Reality: A Conversation with Wolfgang Smith

Wolfgang  Smith [b 1930] is a nuclear physicist and mathematician who has also written on philosophy, religion, and metaphysics from the perspective of traditionalism or perennialism. As a young man, he spent two years in India and studied under Sw. Nikhilananda and also met Sri Anandamayi  Ma. He took from the French philosopher René Guénon the idea of whole-s and how a (physical) whole is not just the sum of its infinitesimal parts – there is an Aristotelian substantial form inherent (in-forming) and causally related to the whole. A recent film about him   (Wolfgang Smith) has recently been made: ‘The End of Quantum Mechanics’ (obviously all lay and not scientifically savvy people will not have a clue about what goes on in the discussions by several physicists in the film). END_OF_DOCUMENT_TOKEN_TO_BE_REPLACED

Note that this is the Concluding part

Nowadays, there are still large numbers of people who, even if they do not entirely accept all of the claims made by their religion and no longer recognize it as an authority for their everyday behavior, nevertheless pay lip service. And sentiments such as ‘love thy neighbor as thyself’ do seem to contain great wisdom, finding a balance between the two extremes given above.

But with all of our values no longer ‘supplied’ by religion, people have been forced to develop them for themselves. In the absence of expert guidance, the principal influence now tends to be the media and we have such ridiculous situations as the cinema’s cult of the anti-hero. It is now normal for films to conclude with the thief in some luxurious setting surrounded by money and women and no sign whatsoever of justice or retribution. It is acceptable for the individual to triumph over the perceived constraints of society, including its laws. And it is far more usual for the governments, police and similar bodies to be portrayed as corrupt, with ‘hidden agendas’ and secret conspiracies against you and me. And we have been brainwashed into cynically believing this to be normal.  END_OF_DOCUMENT_TOKEN_TO_BE_REPLACED

The Sceptics, noting that different peoples had differing opinions on many subjects, wondered how one could ever justify holding a particular belief. Arguments for one view rather than another were founded on unproven premises and there seemed to be no means of ever being certain about anything. They concluded long before Kant in the 18th Century that we could have no real knowledge about the nature of things and believed that in situations where we were essentially ignorant we ought not to make judgements. This course of action (or perhaps we should call it ‘inaction’) was thought to lead to peace of mind. The outcome was that adherents behaved in whatever way those around them behaved and did not really believe in anything themselves  (what we might now call cynically!). Again, this philosophy offered some consolation to those seeking escape from a difficult life – don’t worry about the future since you can never know anything about it anyway. In fact, the above description seems remarkably similar to the way that the modern generation seems to behave so that it has clearly lost little of its force as a philosophical outlook on life. END_OF_DOCUMENT_TOKEN_TO_BE_REPLACED

Part 3 – Plato, Aristotle and the Cynics

Socrates is famous for claiming that ‘the unexamined life is not worth living’. If we simply go through our lives seeking pleasures for their own sake without ever looking for some sense of purpose and meaning, then we might as well not have existed. The hedonist’s retort to this is that, if we spend all of our lives searching for significance and fail to find any (whether or not there actually is one), then we have wasted our opportunity to enjoy it while we are able. The fact that many claim that there is a purpose, and that they themselves have realised this, is not really any help. Most of such people will be held by us to be deluded religious fanatics and their opinions will carry little weight. If there is meaning then it does seem that we must discover it for ourselves, perhaps by systematically examining all of the claims and deciding whether they are in any way justified. END_OF_DOCUMENT_TOKEN_TO_BE_REPLACED

his is the first part of an 18-part overview of Western Philosophy. Originally written to be incorporated into ‘Book of One’, it became far too long and detailed. I posted the first 15 parts to Advaita Academy around 5 years ago but these are no longer available. Since we have a current interest in the subject with both Charles and Martin posting articles and comments, it seems like an opportune time to begin to repost the series!

Note that the depth to which the subject is addressed is fairly shallow for the most part. I am not a philosopher by education or employment and most of my understanding has been gleaned from secondary sources – I have read very few original philosophical texts! But I hope it provides a general introduction to the key ideas of most well-known Western philosophers so that the reader may go to the original source (or a good commentary) if interested. Needless to say, I tend to ‘cherry-pick’ those aspects that related to Advaita!

What Western Philosophers Have Said

A site such as this would be unthinkable without reference to what has been thought and written by Western philosophers. Philosophers used not to limit their investigation to those areas that we now think of as philosophy. Aristotle for example wrote books on physics, biology, mathematics, psychology, politics and meteorology, to mention just a few. Their interests ranged across the entire spectrum of human endeavour. It should not be too surprising, then, to find that many philosophers do not seem specifically to have addressed those questions that concern Advaita – there were simply too many other diverting subjects to investigate. Nevertheless, since the question of what we ought to do with our lives in order to achieve fulfilment and happiness is rather more important than most, it is perhaps surprising that it seems so difficult to discover clear guidance from this intellectual elite. END_OF_DOCUMENT_TOKEN_TO_BE_REPLACED 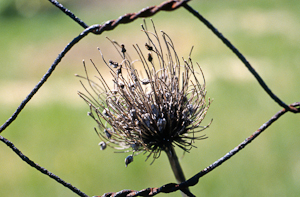 Isn’t free will an endlessly fascinating topic? When is an action voluntary? On the face of it, if I want to do something and I do it, the related action is clearly voluntary. But, on analysis, we find that there is a whole spectrum of relationships between actions and the so-called volition that triggers them.

In the book ‘The Questions of Life’ (Ref. 1), Fernando Savater suggests the following scenario. I am on a train and, with my mind elsewhere (contemplating the thorny problem of free will versus determinism perhaps), I am absentmindedly playing with my rail ticket. Having been bending and re-bending it, twisting it here and there, I eventually screw it up and throw it out of the open window. Eventually, the ticket inspector arrives and asks for my ticket. Upon emerging from my intellectual reverie, I realize what has happened and I’m forced to tell the inspector that I threw it away unintentionally. END_OF_DOCUMENT_TOKEN_TO_BE_REPLACED