So my question is whether it is possible to read and write while respecting and being in Presence, or is it direct contract with no-thought Presence that is necessary?

A: ‘Presence’ is not a term that is used in traditional Advaita. I assume that you mean just witnessing what is happening without mental commentary and without any investment in the outcome, whether ‘favorable’ or ‘unfavorable’. This practice is just that – a practice, helping you to become proficient at controlling the mind. Mental discipline and control of the senses are required to a degree, along with discrimination and dispassion before you can (successfully) undertake the real activities of Advaita. These are listening to a qualified teacher explain the scriptures and then asking questions to clarify any doubts. The end result is to gain knowledge about your Self and reality. That is enlightenment. Just ‘being present’ will never give enlightenment, no matter how long or how frequently you stay there. 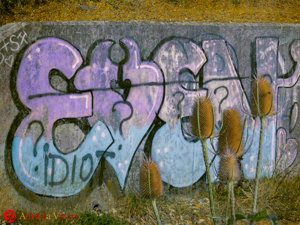 I think we have probably had enough discussion on the ‘Experience versus Knowledge’ question. I cannot imagine many visitors wanting to read through 50+ comments on the topic! So here is an article that I have just had published in the Newsletter of Ramana Maharshi Foundation UK. It is on a subject closely related to the above question and indeed was touched upon in some of the comments…

Language is something we tend to take very much for granted. When someone says something to us, and providing we recognize the words, we think that we understand what it is that the speaker intends to communicate. And we respond appropriately. This is often not verbal – when it is, there is a subsequent opportunity to resolve any misunderstanding. Our response is usually to form an immediate mental opinion or judgement upon what has been said. And this is probably not merely a spoken or unspoken comment upon the particular topic expressed but also upon the person who made the statement. This all happens instantaneously and automatically. Thus it is that it can actually be worse for our comprehension if we already know something about the topic to begin with than if we are completely ignorant. What we take in will be significantly coloured by what we believe to be our prior knowledge (which may actually be ignorance). END_OF_DOCUMENT_TOKEN_TO_BE_REPLACED

Q: I’ve been reading books about the perennial philosophy recently and they often state that to develop spiritually you need to be attached to an exoteric tradition or you probably won’t detect any errors, and will be essentially wasting your time or worse. I’m not attached to any tradition, never have been, and can honestly say that the only one I’d be interested in would be Hinduism.

Hinduism strongly suggests that you need a teacher, but my question is, how are you supposed to get a teacher when there are so many experts out there taking advantage of our ignorance, and money.

A (Dennis): A true teacher will never take advantage of your ignorance and will only take money to support basic needs (travel, hotel, food etc, as relevant). If someone is charging lots of money for large gatherings, give them a wide berth!

That is one point. The other is that you could spend a lifetime doing the rounds of the various traditions and not feeling comfortable with any. There may be a single truth behind them all but the finer details of the process, and even the final positions, differ. You cannot even refer to ‘Hinduism’ as a single approach. Vedanta, which is probably what you mean, has three branches with quite different teaching. Advaita uses scriptural-based arguments, logical reasoning and experience to refute all the other Indian philosophies.

Ideally, the optimum way forward would be to read widely in all the traditions and then decide on one to pursue in depth. Only then, look for a teacher – and do that by asking those who have already been following that path for some years to make recommendations based upon their knowledge. The problem with this is that you do not know which books to read to begin with. I, for example, have read very many books on Advaita and I am now able to say that a large percentage contain erroneous or at least misleading statements. Either that, or they are so academic as to be unreadable! All very difficult!

I can’t really help any further, I’m afraid. My knowledge is really only in Advaita. I know that this ‘works’ but why should you believe me? And that is the third point. Eventually, you have to resort to ‘faith’ to some degree, where this means putting trust in someone whom you believe to be trustworthy.