One of the sticky points in the controversies that surrounded Satchidanandendra was whether there is a root ignorance: Mullavidya even in self-realized persons (normally, Advaitins or followers of Shankaracharya). When Satchidanandendra (SSSS) and his former mentor, Krishnaswamy Iyer went to consult Virupakaksha Shastry (an authority on the tradition of AV) with that end in mind, the latter pretended to make them believe or accept that a remnant of Prarabdha Karma or Avidya always remains, even in jñani-s[1]. After that encounter, SSSS and K. Iyer concluded after further reflection that ‘the Vyakdhyakaras (post-shankarites) were themselves the originators of that misconception’.

Subsequently, SSSS intensified his study of the Bhashyas for five years, during which time “he used to discuss and argue with reputed scholars with the intention of compiling a Sanskrit book called ‘Mullavidya Nirasa’ … which was finally published in 1929… there were hundreds of objections from every quarter… the battle of wits and attrition continued for the rest of his long life”.

An example of the above: a recent critic (Ramakrishnan Balasubramanian) has written: “No doubt SSS’s textual analysis skills are excellent, but the problem I see with SSS’s writings is his obsession with terminology, rather than philosophy”[2]. The main criticism by the author, in respect of the interpretation of avidya by SSS, is that this is not due to a double superimposition of the self and the non-self, as the latter maintains, but only to a superimposition of a subject, non-self, on the self: “

The fundamental error is a superimposition of an observer on the real… and by a reverse process the inner self, which is the witness of everything, is superimposed on the inner-organ.

[2] Review of ‘A New Approach to Understanding Advaita as Taught by Sankara Bhagavadpada’ – by A. Martin –‘Advaita Vision’, 2014.
https://www.advaita-vision.org/review-of-article-titled-a-new-approach-to-understanding-advaita-as-taught-by-shankara-bhagavadpada/ 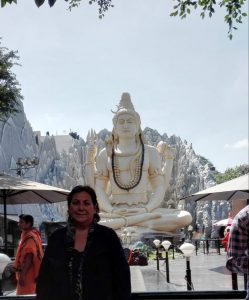 (Don’t expect here a sequel to ‘A Search of Sacred India’, by the well-known author Paul Brunton)The thought of going to India came to mind – despite my advancing age and unsteady gait- through the contact with a user of Quora with whom I had been relating quite well through that medium. There are a number of such users who are either followers of the great Vedantin of the past Century, Shri Satchidanandendra Saraswati, or acquainted with his writings. Through that contact I learned that two Swami-s who took care of SSSS, one of them during the last 16 years of his life and the other during the last year (1975) were still alive and living in Bangalore, the city where my contact, Sowmya, lives (there must of course be other close followers of that sage in other areas of India, but we are now talking about Bangalore (or Bengaluru, as recently renamed) and some of the people who live there. With the indispensable help and support of my wife, we took to India without thinking it twice. END_OF_DOCUMENT_TOKEN_TO_BE_REPLACED

Q: As I work through the Brahma Sutras, and having read Alston’s ‘Shankara on Rival Views’, I have a nagging concern that all of the refutation of alternate theories is too self-contained. What I mean is that much of it seems like a straw-man setup, where Shankara defines his opponent’s views for them and then shreds those views. The objections are being written by the same author that is refuting those objections. I would like to find texts that carry the debate outside of the closed circle, so to speak. Say, for example, a Buddhist took exception to those refutations and wrote a compelling argument against them, and then a traditional Swami responded in kind. Are you aware of any more modern works along these lines? In particular, I would like to see Shankara’s logic analyzed by a scholar and compared to our modern updated view of logical argumentation, etc.

A: Are you sufficiently certain of the Advaita stance on all issues that you would want to look at critical appraisals? I haven’t come across any easy work that deals with these. If you are studying Brahmasutras now, there is a version which is fairly readable and actually occasionally funny (in a superior, knowing sort of way), which looks at the other commentaries and interpretations. It’s called ‘The Brahmasutras and their Principal Commentaries: A Critical Exposition’ by B. N. K. Sharma. It’s in 3 volumes and almost certainly very expensive in the west. You can probably get it cheaper from India, though. Another book which I haven’t looked at is ‘A Critique of Vedanta’ by L. V. Rajagopal. It looks at the three Vedantic schools and applies Whitehead’s approach to philosophy to critically analyze them (so says the book cover!) It looks like a very serious read to me! The other book which might interest you is SSS’s (Satchidanandendra) book ‘The Method of the Vedanta: A Critical Account of the Advaita Tradition’. It looks at pre and post Shankara authors and endeavors to establish Shankara’s views as the correct ones. But it is a huge book of nearly 1000 pages and really not terribly readable. It is, however, translated by A. J. Alston so is at least understandable with some effort. But I can’t honestly actually recommend any of these. It’s up to you if you want to give any a try. From what you say, maybe the Rajagopal would serve your needs. 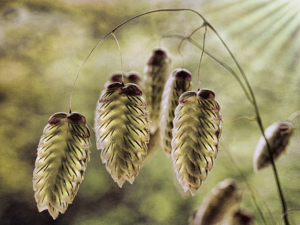 It is true that most of the scriptures refer to 3 states. If you have read my book ‘A-U-M: Awakening to Reality’, you will know that it refers to jAgrat, svapna and suShupti. These three states are mithyA and the reality underlying them is called turIya. In the tattva bodha (attributed to Shankara), the question is asked: avasthAtrayaM kim? – What are the three states? Admittedly, this is a somewhat leading question but the answer is given: jAgratsvapnasuShuptyavasthAH – they are the waking, dream and deep sleep states. And it goes on to explain each in turn. END_OF_DOCUMENT_TOKEN_TO_BE_REPLACED

With apologies — or Not 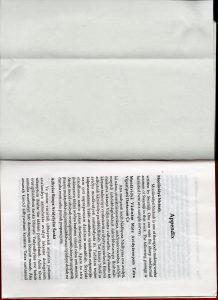 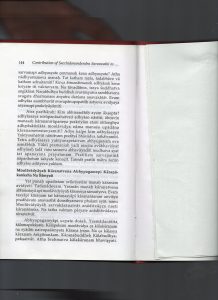 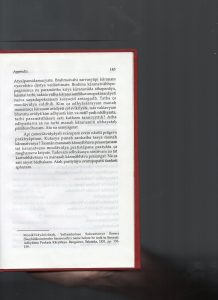 70. Lot has been said so far; false allegations and baseless surmises were brought to light; statements factually incorrect were exposed; citations substantiating certain statements were shown to be out of context and in some cases self-defeating; statements attributed to Swamiji, but not found in the originals were discovered; incomplete and incorrect understanding of not only Śan@kara and Swamiji but also the views of traditionalists were enumerated; quotations made partially and out context were pointed out; issues raised, even though extraneous to the admitted scope were reviewed; withholding of complete facts and resort to partial reporting were singled out; how finding fault in Swamiji amounts to finding fault in Śan@kara was shown; translations not faithful to the original were pointed out; self-contradictory statements were laid bare; most important of all, how not a single ground of Swamiji against the tenability of Mūlāvidyā is controverted, was shown; however, what is yet to be shown is the final outcome of the question – fidelity to Śan@kara, admitted to be the main focus of M’s paper. In this regard attention of readers is drawn to the following statements of M. END_OF_DOCUMENT_TOKEN_TO_BE_REPLACED 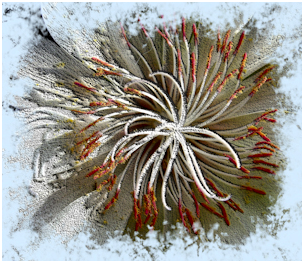 And this is pretty much how most teachers and writers use the term. For example, in ‘Back to the Truth’, I said: “As long as the ignorance remains, there will be identification of one form or another and we will believe ourselves to be other than our true nature. The ignorance is said to be anAdi, without any beginning, and it will continue until it is removed by knowledge and enlightenment dawns.” This is backed up by shruti. The sarvopaniShad, for example, says (verse 1): “…this egoism is the bondage of the soul. The cessation of that egoism is mokSha, liberation. That which causes this egoism is avidyA, nescience.” Other, later scriptures echo this; e.g. the advaita bodha dIpaka: “Though the Self is Brahman, there is not the knowledge of the Self (being Brahman). That which obstructs the knowledge of the Self is Ignorance. Just as ignorance of the substratum, namely the rope, projects the illusion of the snake, so Ignorance of Brahman projects this world.” END_OF_DOCUMENT_TOKEN_TO_BE_REPLACED

END_OF_DOCUMENT_TOKEN_TO_BE_REPLACED

RB (Ramakrishna Balasubrahmanian) continues to take  SSS to task in the final two sections of his article: 5) ‘AVIDYA and MAYA’, and 6) ‘“COMPARATIVE BASHYA STUDIES” AND OTHER SUCH DISEASES’.

Under 5) RB sees an inconsistency in SSS, since the latter had previously stated that avidya and maya are not synonyms, while in another context he had stated that “To avoid confusion, we shall restrict the use of words avidy¯a and m¯ay¯a to denote ignorance and name and form respectively”. The author insists in the equivalence of both terms, as they occur in many texts: “… note that even in these passages avidy¯a is not a “subjective” ignorance, but something which transcends subjectiveness and objectiveness. Otherwise we will be placed in the absurd position of claiming that a subjective error, i.e., avidy¯a, is causing an objective reality, i.e., m¯ay¯a (name and form)”.

By ‘objective reality’ one understands, of course, phenomena, and this is nothing else than mithya, even though RB considers maya as both ontic and epistemic, unlike avidya. In this connection, SSS would agree with his statement: “While the terms are used to mean different things in some contexts, they can also mean the exactly same thing in some other contexts”. END_OF_DOCUMENT_TOKEN_TO_BE_REPLACED

A tarka (reasoning, argumentation) is required for the analysis of anubhava, as both SSS and RB (the author) agree – consistent with Shankara’s position. That is, language and thought, needless to say, have a role to play, chiefly for exposition and analysis.

However, after two long, dense paragraphs RB contends: “If the tarka required to examine anubhava is itself completely dependent on ´sruti, then by no means is anubhava the ‘kingpin’ of pram¯an.as.”

Prior to this, SSS was quoted as maintaining that “for this unique tarka all universal anubhavas or experiences (intuitive experiences) themselves are the support.” The author states that this affirmation involves circular argumentation, and that to say that Shankara interprets the Vedas as being consistent with anubhava is wrong, the truth being the other way around, anubhava is consistent with the Vedas: “it should be clear that according to Sure´svar¯ac¯arya, the direct realization is directly from just ´sruti itself, thus satisfying the criteria for it to be a pram¯an.a…. The direct realization of the self is from ´sruti alone.” END_OF_DOCUMENT_TOKEN_TO_BE_REPLACED