Introduction – You are That/ Tat Tvam Asi

One of the five great sayings (mahavakyas) of Vedanta which proclaims the highest truth of Non-Duality or Advaita is “Thou art That” – Tat Tvam Asi, occurring in the Chandogya Upanishad in 6.8.7. Here “Tat” refers to Brahman/Self. So in the most common sense rendering of the statement, it means – “You are Brahman”. This saying is not saying, “You must ‘become’ Brahman”. What it says is that one is already Brahman. Such is the case and one just has to know it to be so.

I had to bold and italicize the last lines of this paragraph because even when it is clearly stated, people are not able to overcome this notion of “becoming”. This is seen in the most advanced ‘practitioners’ of Advaita. In fact this notion of “becoming” is actually Maya, which keeps one tied to doership. This Maya is extremely hard to overcome, a fact which was anticipated and stated, both by Gaudapada and Shankaracharya, whom I shall be quoting in articles coming subsequently in this series.

In fact, this sense of Maya or “becoming” or “doership” is so powerful and so blinding that even after the Mahavakya says this to be the case; even after I shall show that all forms of doing are Maya; after giving all forms of quotes, logic and arguments: the notion of Maya/becoming/doership is very hard to root out. The Bhagavad Gita gives words to this predicament in the verse,

Among thousands of men, one perchance strives for perfection; even among those successful strivers, only one perchance knows Me in essence

This is a term, which I had not encountered before, coined by Fort in Ref. 200. He uses it to refer to those teachers and texts that incorporate elements of sAMkhya and yoga philosophy into their supposedly Advaitic teaching. This applies to texts such as yogavAsiShTha and jIvanmukti viveka, as was already indicated in the discussion on vidyAraNya above. There are also 20 of the later, minor Upanishads that relate to Yoga (see https://en.wikipedia.org/wiki/Yoga_Upanishads) and there is a danger of referring to these to support ideas that are actually alien to traditional Advaita. These ideas are characterized by the notion that Self-knowledge gained through the usual route has to be supplemented by something else before liberation is achieved. Typically, this might be samAdhi or destruction of ego/mind, as discussed above (and below) but even ideas from other traditions might be incorporated. The yogavAsiShTha also has much emphasis on the ‘illusory’ nature of the world. The j~nAnI acts or does not act without any attachment, according to circumstances.

Rather than prArabdha, yogic Advaita tends to refer to vAsanA-s as being the key ‘obstruction’ to mokSha. While we have them, we are bound to the body; once they are purified, we are freed from saMsAra. When destroyed, we gain videha mukti. END_OF_DOCUMENT_TOKEN_TO_BE_REPLACED

Apologies for the delay in continution of this series. I had to do some more background research and I have also been switching to Windows 10 and a new PC for the past 3 weeks!

Post-Shankara contributions to the concept

(I am indebted to Ref. 195 for many of the scriptural citations in this section.)

It is certainly true that there are few references to the word pratibandha in prasthAna traya and Shankara bhAShya, although a number of discussions can be interpreted as referring to the concept. One can certainly argue that the idea of jIvanmukti itself strongly implies that of pratibandha-s. Being ‘in a body’ is clearly a limitation compared to not being so constrained. Indeed, having a body to begin with is said to be the result of ignorance, so the fact that there is still one present implies that there must be some aspect of ignorance still present.

Accordingly, whether or not you accept the idea of prArabdha karma being the reason for the j~nAnI continuing to inhabit a body, it seems that ‘freedom’ cannot be total until the body drops. It is therefore reasonable to think that this body-mind might be susceptible to ‘obstructions’ of various types, while this embodiment continues. The body has needs, after all, and even though there is no longer any identification with the body post-enlightenment, the mind is still very likely to be affected. And the j~nAnI still continues to utilize the Atman-animated-buddhi, as described above.  I.e. pratibandha-s are implicit in the differentiation between jIvanmukti and videha mukti.  END_OF_DOCUMENT_TOKEN_TO_BE_REPLACED 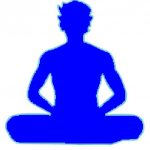 Meaning:  For then (i.e. for samAdhi) finding our seeing principle entails insight into our own nature. END_OF_DOCUMENT_TOKEN_TO_BE_REPLACED 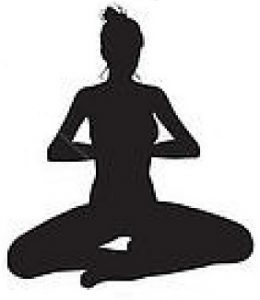 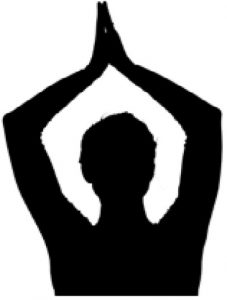 As we are aware, the teacher to disciple communication was predominantly oral in the ancient times and the meaning of a word smoothly and innocuously changed as per the context and the lineage of the teacher. Hence, it was considered that a disciple must approach a competent teacher and s/he has to be tutored face to face by the teacher as per the recension followed in that lineage. Jumping across different lineages or intermixing diverse systems of teachings without fully adhering to a specific one till the end can only result in confusion. Book-learning is also almost an impossibility in the absence of a teacher who would provide the authentic word meaning as can be understood from the famous example of the same word ‘satyam’ occurring twice in the same sentence in the same mantra but with two different meanings: END_OF_DOCUMENT_TOKEN_TO_BE_REPLACED

Part 52 asks whether branches of yoga other than j~nAna are able to confer mokSha and refers to the categorization given in the Bhagavad Gita.

Q: Are there major differences between the lineage of Swami Sivanda and Ramakrishna Paramahamsa? If i want to study the traditional vedanta which teachings/teachers would you recommend?

A (Dennis): If you want ‘traditional’, steer clear of Ramakrishna-Vivekananda etc – they are ‘neo-Vedantins’ and diverge significantly in some respects. Sivananda I do not know so much about  (except his Brahmasutra commentary is very good). I think his lineage may introduce elements of Yoga philosophy. I suggest you go for Swami Dayananda and disciples – you can’t go far wrong there!

Q: The only real question that matters “Who am I?” is also the major issue for the Ramakrishna lineage. Is their approach less truthful, and if so in what sense?

A: The bottom line of many systems may be the same. (Indeed, MUST be the same for any valid system, of course). It is how they guide the seeker to that understanding that is important. But, for neo-Vedanta, attaining nirvikalpa samAdhi is attaining mokSha. This cannot be true (says the traditionalist) because NS is an experience in time. We are already free, perfect and complete; the problem is that we do not know it.

Q: A quote from Nisargadatta: HOW CAN WORDS EXPLAIN THAT FROM WHICH WORDS ORIGINATE? Then what about all the spoken or written words from the Vedanta teachers?

A: It is not possible to speak about reality. All objectification is simply name applied to form.  If you have ‘Book of One’ 2nd edition, read ‘Description of the Self’, P. 249. You lead up to it, using adhyAropa-apavAda and ultimately make the intuitive leap as in bhAga-tyAga-lakShaNa. You know what brahman is because you are That. 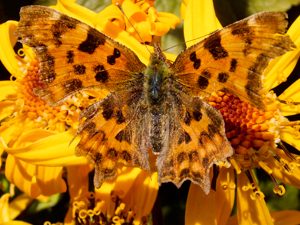 Here is Part 5 – the concluding part – of a new, short series on the Mandukya Upanishad, from James Swartz. This post addresses the nature of turIya and contains a verse translation of the Upanishad.