The ‘mixture of Atman and mind’

While the body-mind remains alive (i.e. continues to be animated by Consciousness), the person is a mixture, as it were, of both. If I am enlightened, I know that I am really the original Consciousness, Brahman, but I cannot escape the fact that I am also still a jIvAtman, with that same Consciousness reflecting in the intellect. If I am unenlightened, I either do not know about paramAtman or do not believe that this is who I really am. Instead, I identify with body, mind, attributes or functions. I mistakenly superimpose (adhyAsa) the properties of the mithyA body-mind onto the paramAtman.

The same applies even to ‘knowing’. When we say ‘I know’, whether or not we are enlightened, it has to be the reflected ‘I’ that is speaking. Shankara says in his bhAShya on Bhagavad Gita 2.21:

“ …the Self, though verily immutable, is imagined through ignorance to be the perceiver of objects like sound etc. presented by the intellect etc.; in this very way, the Self, which in reality is immutable, is said to be the ‘knower’ because of Its association with the knowledge of the distinction between the Self and non-Self, which (knowledge) is a modification of the intellect and is unreal by nature.” (Ref. 6)

Thus, it can be seen, that this provides an explanation for the fact that I may be enlightened and yet the mind can still be affected by pratibandha-s. It there are none, because the mind was purified prior to enlightenment, then I am a jIvanmukta, enjoying all of the benefits of a mind unsullied by negative emotions. Otherwise, I must continue to perform those sAdhana-s that will eliminate such tendencies before I can reap the ‘fruits’ of enlightenment, j~nAna phalam. Whilst both are still inevitably a ‘mixture’, the one with pratibandha-s still says ‘I’ with a significant element of jIvAtman; the one who has purified the mind says ‘I’ with a predominant element of paramAtman. END_OF_DOCUMENT_TOKEN_TO_BE_REPLACED

(These are from the translation by Swami Swahananda.) END_OF_DOCUMENT_TOKEN_TO_BE_REPLACED

However, because of the way that this idea is sometimes presented, there is often a serious misunderstanding on the part of the seeker who, taking the metaphor in a more literal sense, mistakenly believes that the self is literally ‘covered over’ by these ‘layers’ and somehow has to be ‘uncovered’, like some Russian doll. This misunderstanding may be reinforced by the notion of the Self being ‘hidden in the cave of the heart’ – another potentially misleading idea that I have discussed before. END_OF_DOCUMENT_TOKEN_TO_BE_REPLACED

Does sAdhana (spiritual practice) empower the ego?
An essay by Atman Nityananda 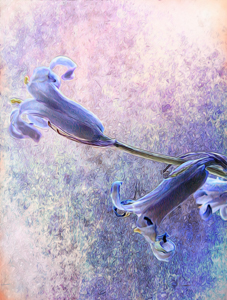 If you abandon sAdhana in order to avoid this sAdhana-ego you are left with nothing except egoism. Egoism plus sAdhana is better than egoism minus sAdhana.
~Swami Sivananda

Liberation is the dissolution or the death of the ego which is a field of energy crystallized in our bodies. Liberation has nothing to do with an enlightened ego. There cannot ever be an enlightened or liberated ego.

Liberation is neither for the ego nor for the consciousness which is already free. Liberation is for the mind. When the mind after intense spiritual practice (sAdhana) becomes free from all egoistic tendencies, rajas and tamas then liberation takes place for none and the mind celebrates its unity with the spirit or Consciousness.

But some neo-advaita or non-teachers as they call themselves like Tony Parsons claim that the spiritual practices empower the ego instead of dissolve it. They claim that is impossible the ego to be eliminated by sAdhana by the very fact that the sAdhana is done by the ego. They say that sAdhana and the dissolution of ego is a contradiction because the ego itself is engaged in sAdhana and this keeps the ego alive. END_OF_DOCUMENT_TOKEN_TO_BE_REPLACED 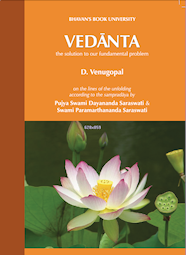 Part 27 begins the enquiry into the nature of the jIva. It looks at the various explanations for how Consciousness manifests in the body-mind and the special role of the buddhi.

A suggestion has been made elsewhere in these columns that “Vedanta differentiates between what is called ‘sharp’ intellect (tIkShNa buddhi) and ‘subtle’ intellect (sUkShma buddhi).”

Experienced Vedantins may differentiate ‘sharp intellect’ from ‘subtle intellect’ in trying to make a point in order to explain contextually some specific concept they would like to amplify on.  But it is doubtful if Advaita Vedanta itself has  anywhere  highlighted the difference between ” ‘sharp’ intellect (tIkShNa buddhi) and ‘subtle’ intellect (sUkShma buddhi).” If we ask whether there is a vedAnta vAkya or shruti mantra to support a claim of difference between the two types of buddhi, the answer is perhaps a resounding “No.”

Vedanta does, of course, contrast ‘sUkshma‘ in relation to ‘sthUla‘ form of  many entities (e.g. sharIra, buddhi, loka-s). Bhagavad-Gita too talks of a stratified order from gross to finer when referring to objects to sensory organs to mind to buddhi &c.

There is also an idea promoted in some quarters that  ‘sharp’ intellect (tIkShNa buddhi) is useful more often in Science whereas ‘subtle’ intellect (sUkShma buddhi) is utilized in Vedantic study. The reason given is that “The former is the analytical mind characteristic of the scientist [whereas] the latter [i.e.] the ability to integrate rather than divide [is the requirement of Vedanta], to see the unity in diversity.” END_OF_DOCUMENT_TOKEN_TO_BE_REPLACED

‘Moreover, the connection of the Self with the buddhi, its limiting adjunct, depends on wrong knowledge, and wrong knowledge cannot cease except through perfect knowledge. Hence, as long as there does no rise the cognition of Brahman being the universal Self, so long the connection of the soul with the buddhi and its other limiting adjuncts does not come to an end. Thus scripture also says, “I know that great person of sun-like lustre beyond the darknes. A man who knows him passes over death; there is no other path to go.” (Sv. U. lll.8)’ —  Br.S.B., ll.iii.30-31.

We are honored to have input from Swamini Atmaprakashananda, a direct disciple of Pujya Swami Dayananda  for this week’s question!

Q: My question is, as a mother is it ever possible to not be very attached to my child, and be a mother only by Dharma and karma, and ease from the clutches of Moha for my child. How do I do that? I would greatly appreciate if anything here can help me because I truly am looking for it, and struggling with the issue for a long time.

So how to deal with it?

First of all: Trying to overcome attachment by dealing with it directly will only work to a limited degree. So I recommend to deal with it both ways, as described below. END_OF_DOCUMENT_TOKEN_TO_BE_REPLACED 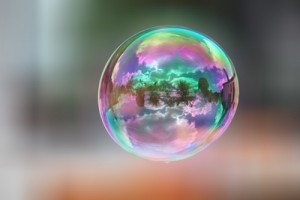 I would like to take up this latter point here. END_OF_DOCUMENT_TOKEN_TO_BE_REPLACED