Q: Can we still hold that modern science is far from realizing the unreality of the world, the basic teaching of Advaita? (Quora)

A (Martin): Clearly, philosophical statements such as “the world is unreal”, “life is a dream “or “reality is spiritual” express not empirical but a priori propositions or enunciates. As such, they are independent of sense experience in that their truth or falsity is not determined by the facts of sense experience. Such statements can neither be confirmed nor confuted by sense experience. Observation and experiment are simply irrelevant to their truth or falsity. Thus, they fall outside the realm of the empirical sciences, whatever be the speculations of individual scientists when assuming the role of members of the laity. Further, in the contexts in which they most often occur, such statements are not regarded as provisional truths subject to refutation or revision as in the sciences, but as absolute and irrefutable truths.

A few events seem to have conspired against the peaceful summer slumber at this site prompting me to pen a few words. Hope you will enjoy and add a few of your thoughts.

I have been struggling for a couple of months to locate the original Upanishadic quote for the phrase ‘sacchidAnanda‘ popularized by Shankara in all his bhAShya literature. I couldn’t. We all know that the phrase ‘sacchidAnanda’ does not come from any major Upanishads. So, I sent a query to our Dennis if he could help me out. Pop comes back the response in a jiffy from him giving me the mantras where this sobriquet for brahman appears. One of the Upanishads is maNDala bhrahmaNa Upanishad which, perhaps many have not heard even. I was floored! It was amazing how he could search so many of the Upanishads so fast especially when we know none of them are in the form of a searchable database. Not only that Dennis has a such a large collection of books, his Upanishadic knowledge too is so vast that one cannot but applaud and admire. Which, anyway, we often do here. END_OF_DOCUMENT_TOKEN_TO_BE_REPLACED

Unlike modern, evolutionary psychologists, he believed that we are effectively born with no innate knowledge, a metaphorical ‘blank slate’. All of our knowledge and understanding is therefore built upon information derived from our senses. Everything we know or think about ultimately comes from experience. The limits of what we can know about reality are fixed by the abilities of the senses and the associated mental equipment. END_OF_DOCUMENT_TOKEN_TO_BE_REPLACED

Part 18 of the commentary by Dr. VIshnu Bapat on Shankara’s Tattvabodha.This is a key work which introduces all of the key concepts of Advaita in a systematic manner. 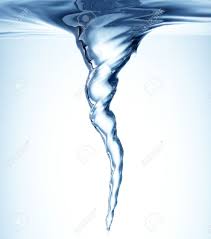 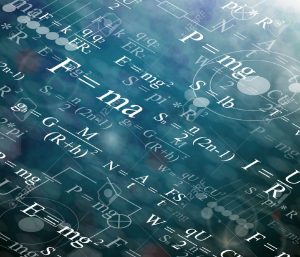 Part 4 of the commentary by Dr. VIshnu Bapat on Shankara’s Tattvabodha.This is a key work which introduces all of the key concepts of Advaita in a systematic manner.

Part 4 begins to look at the six sAdhanA-s (shamAdhi shakti sampatti), and in this part addresses shama (control of mind) and dama (control of senses). There is also a hyperlinked Contents List, which will be updated as each new part is published. 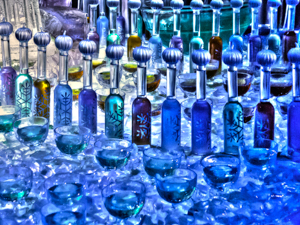 The word science is derived from the root ‘scire’, meaning to know. Hence science really means knowledge which reveals a fact or truth. In Sanskrit, ‘vid’ means to know, and ‘veda’ means knowledge. Combining these two statements we can say that Veda means science. Vedanta means that which reveals the ultimate knowledge or absolute truth. From this, it follows that Vedanta is the ultimate science. This is not a fanatical statement but a statement of fact, as in ‘Light travels at 299,792,458 m / s’. This is not an opinion or belief but just plain fact, whether one believes it or not. We will examine here why Vedanta is the science of absolute.

Q: How do you explain two enlightened people (in the advaitic sense) that have different teachings?  For instance, I think someone like Greg Goode and Swami Dayananda would disagree on many things despite both arguably being enlightened. For example let’s take Greg’s essay on idealism (http://www.advaita.org.uk/discourses/teachers/idealism_greg.htm).

I don’t think Swami Dayananda-ji will agree with the core position that an object doesn’t exist unless perceived.   In fact I have asked Swami Tadatmananda this question (in the form of ‘does a rock exist before someone sees it?’) and he answered in the traditional sense saying that it does.   From your point of view does this still fall under the umbrella of differences in teaching style?    I also believe we could get a debate between the two on the topic of Ishvara and freewill. END_OF_DOCUMENT_TOKEN_TO_BE_REPLACED