Q: Are true and false relative opposites, like fast and slow?

To some extent, I think both depend upon context (so would have to be ‘relative’). Fast and slow are a good analogy. These still have an ‘absolute’ sense: ‘Fast’ (with capital letter) must be speed of light; ‘Slow’ must be stationary. Similarly, most statements can be construed as true or false ‘to a degree’, can’t they?

Here is the opening from the Philosophy Foundation website on ‘Truth-Falsity’:

‘The Simpsons is a really good programme.’

‘I am shopping in Lewisham’ (when the speaker is shopping, but not in Lewisham)

‘This cake is made of jelly’ (when it is half jelly and half something else).

‘Unicorns only have one horn.’

‘This sentence is false.’

Makes you think, doesn’t it?!

END_OF_DOCUMENT_TOKEN_TO_BE_REPLACED

Historically, Buddhism and Zen came to the West prior to the Advaita philosophy. Their teachings made a deep impact on the Western mind. Particularly, the Mountain and River Sutra and the Return of the Bull to the Market are well-remembered today even by those who moved on to the Advaita philosophy. The Mountain and River Sutra runs something as follows:

However, when viewed from an Advaita philosophy angle, the last line above gets modified roughly as: ‘Now that I am established in the Advaita way, I find that mountains are the Self, rivers are Self, and there is Self Alone and no second (thing).’ In the second story too, the fulfilled seeker would usually end up with no interest in the market or conducting transactions within it, because his/her sense of doership – experiencership (kartrutva – bhoktrutva) doesn’t continue after Self-realization is fully achieved.

But the Western Advaita teachers like to hold that “nothing needs to change” on the attainment of Self-realization and that the multifaceted world and their interactions within it will continue. In order to buttress their argument, they tell us that Ramana quotes Shankara to say that, “brahman is the universe” and being already brahman, the world cannot get affected. From their own personal code of conduct and behavior (see The Pre-requisites, we referred to in Part – 1), an observer gets the impression that they would, as though, like to keep their one leg entrenched in the dualistic world and its allurements.

[Note: True, nothing needs to change ‘out there.’ But a change does happen in one’s “vision” after Self-realization, as we will see towards the end of this article.]

The Ramana quote claiming brahman is the world does sound a bit strange; It’s like saying all Gold is ring. But did not Shankara END_OF_DOCUMENT_TOKEN_TO_BE_REPLACED

Shankara, the 7th-8th CE AcArya and unquestionably the biggest exponent of Advaita, maintains that:

Meaning: Knowledge of the Self is not brought about by any other means than inquiry, just as an object is nowhere perceived without the help of illumination.

Thus, “inquiry” or “investigation” is the unique and incomparable tool available for a committed seeker in search of Truth in the Advaita philosophy. The prominent trio of Advaita teachers of the 20th century popularized this method of approach called ‘Self-inquiry’ through what they often referred to as the Direct path. With its simplicity of expression and the promise of directness of access to the Self, the Direct path attracted many Westerners into its fold, resulting in a mushrooming of teachers, more condensed processes like Neo-Advaita, and even premature declarations of attainment of the Self.

Alas, people have totally forgotten what Shankara said in a verse just ahead of the one quoted at the beginning of this article. He said: END_OF_DOCUMENT_TOKEN_TO_BE_REPLACED

A misconception that is spread around in many a Non-dual fora is that whether I know It or not, I am always perceiving God (or brahman). In order to corroborate this belief an easy analogy is given – whether we are aware or not we see only the screen when we watch a movie. As though watching the screen and watching the movie are the same! 🙂

While explaining a verse from the Gita, the fallacy of the above concept was brought out clearly with a forceful illustration by a Swami Ji. (The Commentary of the Swami in three volumes is yet to be published and hence, the details are embargoed for now). The verse says, END_OF_DOCUMENT_TOKEN_TO_BE_REPLACED

Unlike modern, evolutionary psychologists, he believed that we are effectively born with no innate knowledge, a metaphorical ‘blank slate’. All of our knowledge and understanding is therefore built upon information derived from our senses. Everything we know or think about ultimately comes from experience. The limits of what we can know about reality are fixed by the abilities of the senses and the associated mental equipment. END_OF_DOCUMENT_TOKEN_TO_BE_REPLACED

Read Part 1 of this article

The reality of money

Let’s use this method of inquiry to investigate another ubiquitous entity: What is the reality of money? Ask someone on the street if money is real, you would hardly find anyone doubting it. But what actually ‘is’ money? We assume it is real, but what is the substratum of its reality? Is it independently real or does it depend on something for its existence? Is money just the amount of coins in your wallet? Certainly not, since money also appears as bills, cheques, and as digital data. Today the majority of the world’s money is stored as binary code on hard drives. Is the reality of money the binary code on the hard drive, which is storing the balance of the bank account?

Let’s imagine, an alien species visits our planet for the first time. In their foreign culture the concept of money is unknown. Would it be obvious for them to learn what money is, by simply investigating the data of the hard drive? All they could do is extract the data, but they would lack the contextual information about what to do with it. Therefore, money, which seems very ‘real’ to us practically, has no physical substratum. It is only by convention that coins, bills, or digital data act as a symbolic carrier for money. The reality of 10 USD does not originate from a 10-dollar bill. If the money were ‘in’ the bill, it would be impossible to replace an old bill for a new one. Physical carriers, like coins or bills, act as a medium for money, but they ‘are’ not money. END_OF_DOCUMENT_TOKEN_TO_BE_REPLACED 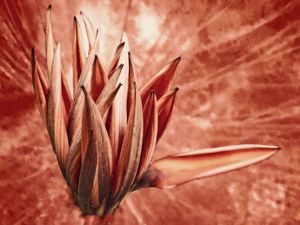 We, as human beings, are interested in reality. Unlike animals, we are able to ask questions about the nature of our experience. We understand that experiences are numerous and fleeting, so the question arises: What is the reality behind those experiences? From this question subsequent ones emerge: What does it mean to say something is ‘real’ or ‘unreal’? What is the nature of reality? Vedānta is a body of knowledge to analyze the nature of reality and its relationship to the individual (jīva). It applies a teaching methodology that has been handed down from teacher to student since time immemorial. The aim of Vedānta is to make one understand its fundamental tenet:1

Brahman is the only truth (satyam), the world, jagat, is unreal (mithyā), and there is ultimately no difference between brahman and the individual self (jīva).

Q:
1) If Atman is perfect, how can it ever be deluded by mAyA?

2) What is the source of avidyA? If there is only brahman, how and why does avidyA exist?

Answers are provided by: Ted, Martin, Shuka, and Dennis.

A (Ted):
1) Atman (i.e. pure limitless awareness) is never really deluded by mAyA (i.e. ignorance), but rather only apparently so.  Given the non-dual nature of reality and, thus, the fact that Brahman-Atma is the only thing — though, of course, pure awareness cannot be said to be a “thing” at all due to its attributeless and unobjectifiable nature — that exists, mAyA is nothing other than Brahman-Atma itself.  That is, it is a power inherent in the very nature of Brahman-Atma.  Ironically, if Brahman-Atma, whose nature is limitless, were limited by the inability to apparently delude itself, it would not be limitless and, therefore, would not be Brahman-Atma :-). END_OF_DOCUMENT_TOKEN_TO_BE_REPLACED