Q: Based on your own search and discoveries over all of these years, and the writing of all of the books and blogs, if you had to summarize all of this, the truth of life, what would you say?

A: Not sure what you are looking for here. My ‘personal’ view is surely not important and I could scarcely find any better summary than Shankara’s. Anyway, I spent an hour thinking about it (while washing up and vacuuming) and here is my one line summary:

The form does not matter – it is the substance that is important.

A: Energy and matter are both objects of experience. They are transient and finite, changing one into the other and ultimately ending in Absolute zero. Consciousness is the non-dual, unchanging, eternal and infinite reality.

It does not matter from the standpoint of absolute reality. It does not even matter to most jIva-s, since they just get on with the usual pleasure-seeking aims. It matters to one who is seeking Self-knowledge.

A: This is one of those many questions which confuse reality and appearance. The absolute reality is that there is ONLY Consciousness and, from that perspective you cannot say any more. At the level of empirical reality, there is clear duality – world, object, separate people etc. At this level, separate people have distinct thoughts, which are private. You cannot mix these two levels except to acknowledge that the empirical level is only an appearance (even though we believe it is real most of the time). As a crude metaphor, you might suppose that you take a lump of gold and make a ring and a bangle from it. If you drop the ring in some chemical and it is tarnished, you might ask why, since the ring and bangle are the same gold, does the bangle not become tarnished also. But this metaphor has its limitations!

You might enjoy reading the discussion at http://www.advaita.org.uk/discourses/teachers/mindreading_benjamin.htm. Benjamin asked a similar question here: Why can’t I read your thoughts?

The superficially contradictory ‘descriptions’ of Brahman as ‘neti, neti’ and ‘sarvaM khalvidaM brahma’ [all this is verily Brahman] are brought out in adjacent verses of the Atma bodha, attributed to Shankara (Swami Chinmayananda translation):

Here, it is first stated that the universe is not Brahman. But it is also said that any other appearance will be unreal, like a mirage. The mirage is a powerful metaphor because the water that appears is in reality only the sand upon which the appearance takes place. I.e. sand is the substratum of the water appearance, just as Brahman is the substratum of the world appearance. It is then stated that all appearances are, in fact, nothing other than Brahman. But this is realized, of course only upon enlightenment. Until then, the world remains very real. Similarly, to the seeker after water in the desert, the mirage is very real. END_OF_DOCUMENT_TOKEN_TO_BE_REPLACED 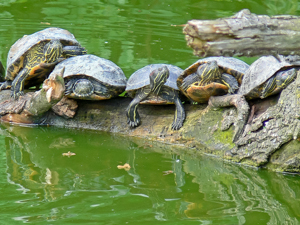